Geeking By in July to September 2020 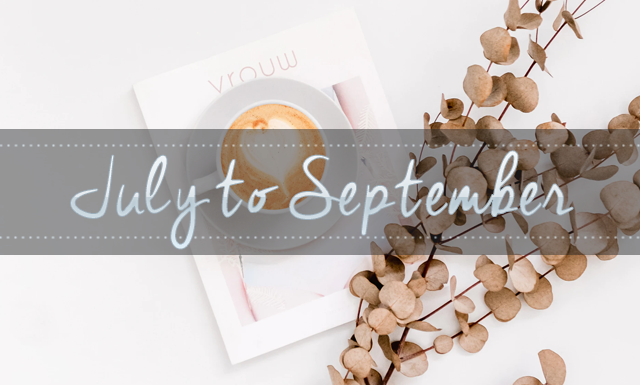 The last few months have been rough so it’s a triple feature for this Geeking By update. This year has been hell for pretty much everyone and the closer we get to the end of it the worse it seems to be getting. July was a bottomless sea of fatigue, August I injured my wrist and was seriously wondering if I’d fractured it, and September has been a hodgepodge of everything. It’s been one thing after another with every week starring a new catastrophe.

As you can imagine I’ve not been feeling so hot. My various health conditions have been vying for the top spot in the game of who’s going to torture Heather today. I feel like I’m fatigued all the time, and my pain levels from my hEDS have been going up. I thought that was due to me switching to the depo injection as it contained a higher level of estrogen. Estrogen makes women naturally more flexible and as people with EDS are already too flexible it means PMT is not fun.

I wasn’t just having higher pain levels each month; I was hyper-extending to the point that I seriously injured myself at the start of August. I helped hold something up and ended up seriously injuring my wrist. What I thought was just a sprain didn’t heal, it kept going for weeks which suggested something worse such as the tendons or even a fracture. I’d planned to get the nurse to check it at my next appointment but had to cancel it due to a migraine. Then a week after it started to heal. It still twinges now and again but seems to be fine.

But when I brought it up at my next appointment I found out that it doesn’t actually contain any! I hadn’t changed doses at all; I’ve been on the exact same dose. Naturally, both myself and the nurse were concerned so she spoke to my doctor to check if I could continue with the Depo injections. Thankfully I was ok to do so. If I hadn’t been I would have had a whole other problem because I’m on them to regulate my periods, and the pill isn’t an option as it triggers really bad migraines. For now, those are not something I need to worry about. When things settle down again I’ll talk to my doctor about seeing a specialist and we can look into why my hypermobility is flaring up, so, for now, I’m just keeping note of my symptoms.

In August I also ticked ‘get your head cut open by a cat falling on it’ off my bucket list too. George likes to sit on our headboard and watch us sleep. One night when I wasn’t feeling well and he was being a pest and not settling down. I went to do what I normally did in these instances and gave him a little nudge towards the end of the headboard. Normally he takes the hint, walks to the end and jumps off at a safe location. This time, however, he decided to freak out and half-jump half-fall onto my pillow where my head was laying. It hurt a lot, and I sat there for a while before realising that it was still hurting. I gingerly touched it and my fingers came away wet. I had to wake Chris up and the poor guy had to sit there for 10 minutes trying to stop the bleeding. The good news was that it was just superficial and it didn’t need stitches or anything. Brushing my hair for a few days was not fun because it was right next to my parting.

September has just been stressful; broken printer, problems around the house, worrying about my fiance, the cat being ill. You name it, it’s happened. I hurt my back insisting that Chris didn’t do something and hurt his back, which he very smugly told me ‘I told you so’ and then worryingly kept watch over me every time I got up during the night for the next few days in case I got stuck. Thankfully it wasn’t as bad as it felt when I did it and while it keeps tweaking if I move the wrong way or lift things, it seems to be ok. But once again, it’s another injury in such a short time which is rather worrying.

This has all been taking a toll on my mental health and for the most part, I’m managing. I have a social group every week which helps a lot. It’s laid back and easy-going, but just having actual contact with people again is really nice. I was surprised to find I’m the youngest in the group, and while there are some topics that I have no experience in (motherhood, for example) they’ve never once made me feel out of place, unwelcome or uncomfortable. As the group is confidential I won’t be talking about it other than this, but I will say that one of the participants has a dog named after Princess Leia so I’m in good company 🙂

July was the second half of my Blog Tag game which meant more blog tags as voted by you my lovely evil audience 😛 If you followed the voting on twitter you’ll know what I’m talking about, if you didn’t then lets just say there were multiple ties to the point where I started to wonder if I was being had 😛

Here are the rest of the tags from the Blog tag game:

Other Posts from July are:

Due to my wrist injury August was mainly Seriously Geeky Sunday posts, with one exception; I took part in the Blaugust Promptapalooza hosted by Bel. While the injury kept me from joining in the rest of the prompts I was able to host day 14 with the topic “What are the things that get you excited in life?“.

This month I’ve slowly but surely been catching up on things. I wanted to ensure that I had a clean slate because next month I’ve got another 30 day challenge going on (see below for details).

So here’s what’s been happening on the blog in September:

In July I returned to World of Warcraft and started the long, but necessary job of getting the rest of my characters up to 120 in preparation for Shadowlands. Thanks to the experience buff and invasions that actually ended up being a lot less painful than I expected! Chris returned to the game too and it took us about a week to get 7 characters up. Once we got into a routine we were able to get 2 a day done. It was a little ridiculous, to be honest!

Our guild helped us get our Dragons and Ahead of the Curve.
We’ve both been catching up with content we missed, and that included getting stuff done before things went away in the Shadowlands Pre-Patch. I’m going to do a proper WoW post before Shadowlands as there have been loads happening, but one highlight was our guild boosting us to get our dragons and Ahead of the Curve. It was nice to be able to do it with our guild this time around. We’ve both been too ill the past two expansions to be able to raid, and we’ve had to get into streams to get our mounts. So it was great to do it with friends 🙂

I’ve been watching a variety of shows and movies over the last few months.

In July I went back to the past to finish a show I love; Due South. I started watching this show when I was a teen and never got a chance to finish it. I’ve always loved it and I kept saying to myself ‘one day I need to go back and finish it…’ well July ended up being that one day!

I also caught up and finished Marvel’s Agent Carter and Haven ticking them off my list of tv shows I’m hoping to finish this year. Other TV shows I finished seasons for were shows on my normal TV schedule. I finished the most recent seasons of the following:

New Shows I started watching were:

I’ve slowly been catching up on movies, so here’s what I’ve watched over the past few months and some brief thoughts:

I asked you guys on Twitter if you were ok with me doing ‘mini-reviews’ alongside my normal reviews. These mini-reviews would be multiple book reviews in one post, a reading catch-up style post with a paragraph or two of books I’ve been reading. While I’m working on book reviews I read for fun and I’d like to share my thoughts on these without needing to spend a massive amount of energy writing a full review on them. The current review style won’t be going away, so don’t worry if you prefer that format! 🙂

With these mini-reviews in mind, I’m just going to list what I read.

Not much to be honest! I guess the main thing is working on some upgrades here at Just Geeking By. I was able to move to a professional version of the theme I was using and make some much-needed changes. I’m really happy with the result! Thanks to extremely kind ko-fi donations from Michelle, Cherri and Megan I’ve also been able to fulfil my first ko-fi goal to buy a professional plugin that allows users to buy items from Amazon directly from my blog!

I’m now using WooCommerce for my gift guides and will be updating old ones to the new shop system as time goes on. For products available on Amazon just add to basket and it will direct you to Amazon.co.uk/com at checkout to finish your purchase (if you’d like me to sign up for another international branch let me know!). For other products clicking the ‘Buy it Now’ button will take you to an external store.

I’ve still got some tidying up to do, such as adding spiffy images to the categories instead of the boring image holders and such, but it’s up and working which is the important thing 🙂

I’ve been trying to get this one out for weeks, which tells you how well October is going… but that will have to wait until next month.

How was your summer? Let me know!