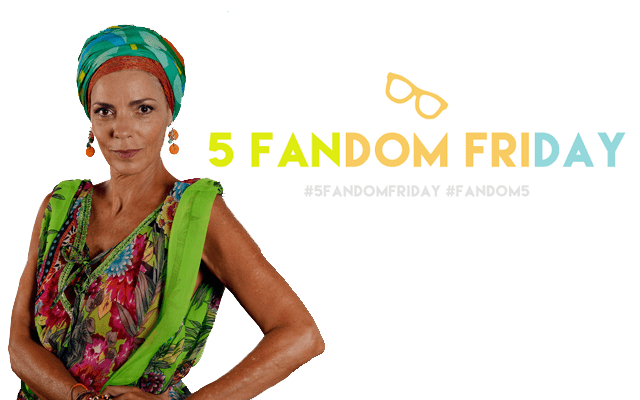 This week’s prompt was for retro video games, but sadly, I didn’t really play video games back when they could be considered retro. So I’ve gone back a few years and picked one I could answer; mothers! This one still took a while for me to get into, and I really need to read/watch more stuff that has actual mothers in it. I went through a mental list of most recent books read and every time it was ‘mother dead/MIA’. I also didn’t want to fall back on old favourites that I’ve mentioned before in other ways (Leia, Padme from Star Wars for example).

What I love about Kel’s mother Ilane is that she’s a fighter and a noble lady. In the world of Tamora Pierce’s Tortal series Kel is the first lady knight to come along after the infamous Lioness, Alanna. It was a big step for Tortal, let alone Kel and her family, and while Ilane wasn’t originally sold on the idea of her daughter becoming a Knight – not because it wasn’t something girls did, but because she wasn’t certain her daughter was choosing what was best for her. Once she knew Kel had truly chosen what she wanted to do, Ilane supported her daughter whole heartedly. She’s forthright, and a fighter in her own right, instilling respect and love in her children. When she heard that her daughter in law had insulted Kel, Ilane made sure that she learned her lesson. She is respected by a foreign nation not because her husband is the diplomat, but because she fought to save something sacred to them. ((Image Source – Tamora Pierce Wiki))

I’m going to have to put this one under a spoiler tag because it’s near impossible to talk about this character, let alone do her justice, without giving away spoilers of Hawaii 5-0. ((Image Source – Springfield TV Screencaps))

Doris isn’t really what anyone would call a good mother. She faked her own death when Steve and his sister were just kids, and Steve only found out she was alive by basically being nosey and figuring stuff out on his own. Would she have ever popped back up if he hadn’t? Probably not. Yet Doris is one of my favourite mothers. In short; she’s a total badass. She may suck at being a mother, and doing motherly things, but she loves her kids and would do anything for them. She did. She made the ultimate sacrifice and removed herself from their lives when she realised she couldn’t do the good mummy routine. She’s the type of person that has to make the hard choices, and she does. Add to her sarcastic and witty attitude, and banter with her son, and you can guarantee that an episode with her will be great fun.

This is probably one of the few examples where a main character has left the show (Death in Paradise) and their mother has remained a regular cast member. From the first time we met Catherine I was blown away by how savy, down to earth and caring she was to everyone she meets. If you get on her bad side you’ll regret it, but if she likes you and you respect her than she’s always there for you. I love the newest development to her character in the last season and think that she will do a fantastic job in her new role. ((Image Source – Red Planet Productions))

I’ve talked about my love for Molly and the Weasleys before, so it’s not really a surprise to find her on this list. Despite having such a large family, Molly has so much love that it spreads to both Harry and Hermione. Hermione will later become her legal daughter in law, but while the Trio are kids, Molly makes them all feel like they’re part of one big family. Molly isn’t a push over though, as we see when she sends Ron a Howler and, of course, at the Battle of Hogwarts when she protects her daughter. She’s a fighter and a lover, because some things – like family – you fight for with everything you got and this is something that she teaches to all her children. ((Image Source – Pottermore))

It was hard for me to pick a mother from the Star Wars universe, not because they’re so few but because they are so many. I wanted to choose one of the lesser known mothers from Legends, and in the end Mirax won. Mirax essentially had three children; her two kids and her Jedi/Rogue Squadron pilot husband, Corran. She was also the only one with no Force powers, and marrying into the Corellian Jedi traditions. Thankfully as the daughter of the infamous smuggler Booster Terrik, Mirax is more than capable of looking after herself and giving it as good as she gets. When her children end up in deep trouble, with the entire Galaxy pretty much gunning for them, Mirax will do whatever she has to to protect them.  ((Image Source – Star Wars Wiki))

Are you familar with any of these mothers? Who are your favourites?