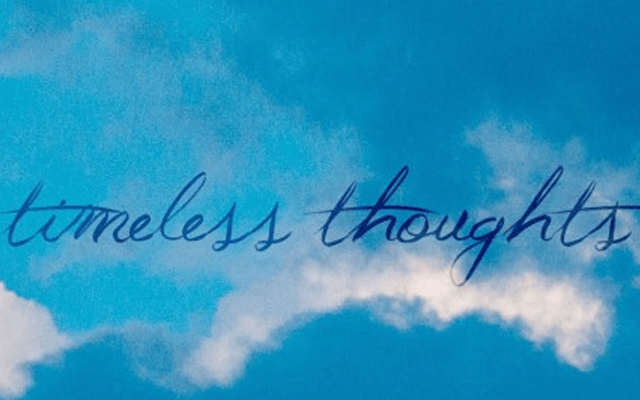 Timeless Thoughts is a monthly linkup run by Tara and Georgie.  To participate in this link-up, bloggers can document about topics they find unforgettable in their past or present. It can be a thing, a hobby, an event — write about it on your blog and join the link-up. Doing this will allow bloggers to get to know each other and to travel down various memory lanes together!

Find out more here! Join in this months Linkup over at Georgie’s blog.

The memory I’ve decided to talk about is the time we went to Alton Towers for Easter… and it snowed. It’s not that unusual for it to snow in Britain around March/April any more, and has become more frequent in recent years. This was back in 2008, so it wasn’t that common and you also don’t expect to go to a theme park and have snow appear out of no where! It really was a total freak weather front that moved in.

Our first sign of danger was when it suddenly started hailing on the first trip up and they weren’t small hailstones. We’re talking golf ball sized chunks of ice bouncing off cars on a motorway. As you can see from picture 1, the motorway slowed right down because visibility was terrible. Then not long after it was all rainbows!

Yes, it did really snow…

After seeing that rainbow we thought we were in the clear. The sun was out, the weather had calmed down… yeah, riiight.

Alton Towers was covered in snow, although most of it had melted due to the brilliant sunshine that appeared after. Again, we were sure we were in the clear…

As you can see by the number of plushies I’m holding; we’d been in the park for a while by this point. I was pretty smug at the amount Chris had won at this point (and I have since learned this was NOTHING in comparison to what was to come) and because it was snowing. I normally hate snow, but the park was well kept and salt was everywhere so didn’t need to worry about slipping over. Instead it was just very surreal and fun!

For anyone not in the UK, Alton Towers is a theme park resort in the West Midlands in England. We were living in London at the time so it was quite a trek, so we went for the Easter weekend and stayed over in a hotel for a night. I’d never been to this one before because my nearest one to London was Chessington World of Adventures which was so much closer in comparison. There was also Thorpe Park, which I still have never been to, which was closer than Alton Towers. Chris, being from Scotland, had been to Alton Towers as it’s the nearest big one (outside of Scotland) to him as a kid. This was pretty early in our relationship so we were at the stage of ‘show me yours, I’ll show you mine’ and so I took him to Chessington and he took me to Alton Towers – I still prefer Chessington and he still prefers Alton Towers 😀

Because the weather was so on and off again it meant some rides were closed the first day, or were just too wet for us to even consider. So we went on a wander around the park, exploring, taking photos and generally mucking around. We came across some weird piano playing nun that was riding around and we hit loads of amusements. I found out that Chris not only LOVES them and has a competitive streak a mile wide – but he’s also bloody brilliant at them! We had so many plushies we, umm, sort of filled the car on the way back 😀 I’d never had someone win stuff for me before, so I was so excited and had more fun doing the arcade games than going on the big rides.

We both love Mini golf so before we left on the final day we headed to the crazy golf course to play a round or two. I think this may have been the first time we played together and now we play pretty much any where we go if we can. I’m absolutely terrible at it and Chris normally wins, but it’s great because neither of us care about winning. It’s the fun, the messing around, the total fluke shots that happen and generally just unwinding.

We had the course to ourselves as well, probably because it was still cold and a bit icy out as you can see from the photos. So we could take our time, muck about and not have to worry about catching up to anyone or getting in anyone’s way.
The funny thing is, I don’t really remember any of the big rides. We went on some, and there were a few I refused to go near (I’m scared of heights), however, it was the small things and the novelties of the whole weekend that just made is so special. It was a lasing memory that we made and that we’ll keep forever. We always remember the hailstones and every hail storm we see always gets compared to the Alton Towers one to see if it can be beaten in craziness.