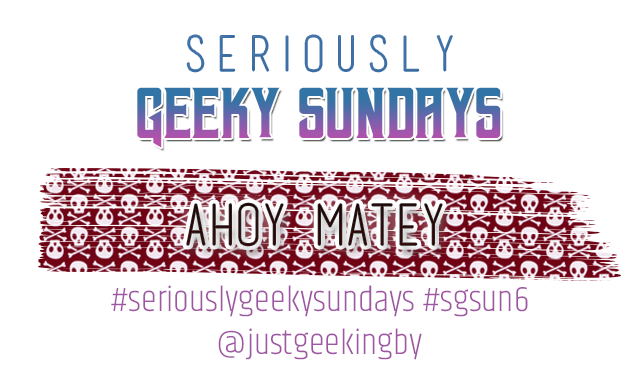 What is your favourite pirate fandom?

It used to be Pirates of the Caribbean, however, that franchise was ruined upon learning about the true colours of the main star. This was years before the current court drama with his ex, and it put me completely off the series. I tried to think of another pirate fandom but I honestly don’t have a fandom that is specifically just fandoms just multiple fandoms with pirates in them.

Who is your favourite pirate character?

That would be the former pirate turned Kul Tiran bad boy, Flynn Fairwind from World of Warcraft. The delightful rascal still has friends in low places and his fingers in all sorts of pies. He’s always up to some sort of mischief and has some of the most entertaining quests in Battle for Azeroth. I hope we see more of him in Shadowlands.

Who is your favourite pirate crew?

The crew of the Liberty’s Misrule, a Super Star Destroyer which was taken over by Eleodie Maracavanya. Zhe established a pirate nation called the Sovereign Latitudes of Maracavanya. Elelodie believed that pirates should work together to benefit each other and the nation became a type of sanctuary for those who didn’t for anywhere else and the crew shared their spoils evenly.

Also a special shout out to Phedre’s boys from Jacqueline Carey who are a group of sailors bordering of pirates, but not quite pirates.

What pirate ship would you love to sail on?

I spoke about my favourite Captain, Morgan Adamas from Cutthroat Island, in a previous Seriously Geeky Sundays prompt and it’s her ship, Morning Star, that I’d like to sail on. She’s one of the few fictional female Captains and a complete badass that runs circles around her male counterparts.

Who is the best pirate swordsman?

While I’m no longer a Pirates of the Carribean fan, I do have to admit that one of its characters is the only one that I could think of for this title. Will Turner continously proved himself to be a excellent swordsman throughout the series.

Who is the best pirate sidekick?

Gonzo is one of the best sidekicks in general, and that includes The Muppets foray into pirates with Muppet Treasure Island. He has a sidekick of his own in Rizzo the rat, but he’s also there as a faithful sidekick to Jim Hawkins throughout the entire film.

I was surprised at how hard this subject was for me to answer. When it comes down to it I know plenty of pirate characters dotted around my various fandoms, yet none that stand out on their own and other than the Pirates of the Caribbean, no particular pirate specific fandom. I might need to look into changing that. I have some ideas of where to start so that’s not a request or hint for recommendations 😉

How about you guys; who is your favourite pirate?