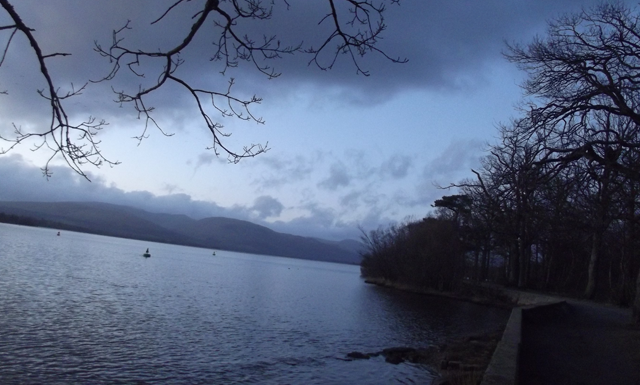 A strange subject line I know, although very accurate. That pretty much sums up the major parts of life recently and all three happened at the same time. My reading week was the 13th – 17th February and during that week my best friend Haley came up from London for a visit. The week of her visit I had my Celtic Civ essay due, then the following Monday my Scottish Lit essay and then later that week my English Lit essay. How do I think they came out? I’m not sure. I was proud of myself in being able to manage my time properly for one of them. I know, I know, at 26 I should be able to manage my time much better but still, this is a small improvement. And one I hope to repeat with my final two essays for the semester; my second Celtic Civ one and the second one for Scottish Lit. I think my first Scottish Lit one went better than last term’s first essay. Both were context essays which mean that we’re given a section of a novel and asked to perform a close reading. I feel more confident this time than I did last time, I think in part that was due to it being an easier text. Just need to wait and see how I did.

Haley’s visit was awesome, it was so nice to just spend a week where I put aside all my deadlines and just had fun. She also helped teach me how to use my new camera better. I’ve not really had a chance to use it until that week so I got a lot of practice done at our local nature reserve and then at Loch Lomond which is such a beautiful place. We went in the late afternoon so we saw sunset and twilight, it was just magical. Haley was also kind enough to come with me to my hospital appointment with the ear, nose and throat surgeon as my fiance Chris has injured his back. We’d barely sat down before I was called in and we were early. The appointment was swift, the examination less painful than it was when I was a teenager. I found out an interesting random fact about the cartilage in my nose and was told the entrances to my sinuses seemed healthy. The doctor immediately noticed that I have Rhinitis though and next Tuesday I have a follow-up skin test to check for allergies – something I’m a little nervous about. If it helps treat my sinus problems then brilliant, but what if it tells me I’m allergic to x, y and z? Not looking forward to that part. Especially if it turns out to be animals. An animal lover allergic to animals? That would just suck monkey balls.

Onto happier topics. Chris and I don’t do much for Valentine’s day, especially this year as we were both pretty ill. I was spoilt – again – although not as much as he had hoped to spoil me. I’m the sort of girl who likes to be spoiled a little but gets shy when I get really spoilt. I’m a libra, after all, I love pretty things especially given in love. He got me a gorgeous amethyst necklace that I had been eyeing up, and had intended to get a matching bangle and a ring. The reason I’m mentioning this is just how much the poor guy went through trying to find a ring in my size. Apparently I have a very awkward ring size and he couldn’t find a suitable ring in that size. He went through about 10 rings before admitting defeat which is adorable. He’s not one for giving in and I know it bugged him to do so. The bangle was out of stock so he couldn’t get that either. I’m just glad for having him and that he loved the bracelet I got him.

Image Credits: Photo belongs to me..