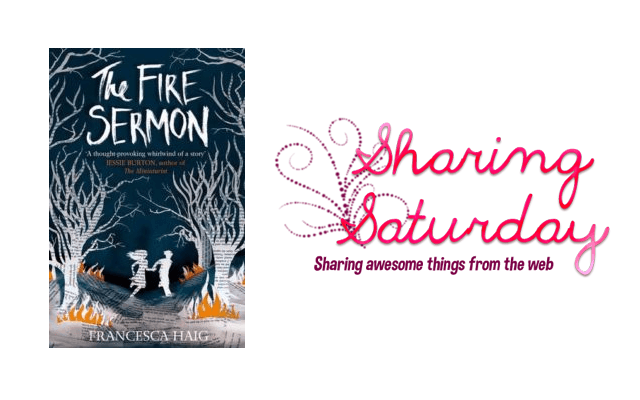 I was wondering what to do for a Halloween themed Sharing Saturday, and after yesterday’s Fandom 5 I realised I should do one for spooky reads to watch. Not everyone wants to or is able to go out trick or treating/celebrating Halloween, so if you’re one for staying inside here are some spooky/creepy reads to get you in the mood!

The Victorian fin de siecle has many associations: the era of Decadence, The Yellow Book, the New Woman, the scandalous Oscar Wilde, the Empire on which the sun never set. This heady brew was caught nowhere better than in the revival of the Gothic tale in the late Victorian age, where the undead walked and evil curses, foul murder, doomed inheritance and sexual menace played on the stretched nerves of the new mass readerships. This anthology collects together some of the most famous examples of the Gothic tale in the 1890s, with stories by Arthur Conan Doyle, Vernon Lee, Henry James and Arthur Machen, as well as some lesser known yet superbly chilling tales from the era. The introduction explores the many reasons for the Gothic revival, and how it spoke to the anxieties of the moment.

The War of the Worlds

They came from outer space — Mars, to be exact.

With deadly heat-rays and giant fighting machine they want to conquer Earth and keep humans as their slaves.

Nothing seems to stop them as they spread terror and death across the planet. It is the start of the most important war in Earth’s history.

And Earth will never be the same.

The Call of Cthulhu and Other Weird Stories

Collecting uniquely uncanny tales from the master of American horror, H.P. Lovecraft’s The Call of Cthulhu and Other Weird Stories is edited with an introduction and notes by S.T. Joshi in Penguin Modern Classics.

Credited with inventing the modern horror tradition, H.P. Lovecraft remade the genre in the early twentieth century. Discarding ghosts and witches, and instead envisaging mankind at the mercy of a chaotic and malevolent universe, Lovecraft’s unique works would prove to be a huge influence on modern horror writers such as Stephen King. This selection of short stories ranges from early tales of nightmares and insanity such as ‘The Outsider’ and ‘The Rats in the Walls’ through the grotesquely comic ‘Herbert West – Reanimator’ and ‘The Hound’, to the extraterrestrial terror of ‘The Call of Cthulhu’, which fuses traditional supernaturalism with science fiction. Including the definitive corrected texts, this collection reveals the development of Lovecraft’s mesmerising narrative style and establishes him as a hugely influential – and visionary – American writer.

The Knife of Never Letting Go

Prentisstown isn’t like other towns. Everyone can hear everyone else’s thoughts in an overwhelming, never-ending stream of Noise. Just a month away from the birthday that will make him a man, Todd and his dog, Manchee — whose thoughts Todd can hear too, whether he wants to or not — stumble upon an area of complete silence. They find that in a town where privacy is impossible, something terrible has been hidden — a secret so awful that Todd and Manchee must run for their lives.

But how do you escape when your pursuers can hear your every thought?

What would you do if you had to leave everything you knew behind?

If what made you perfect also made you an outcast?

If your twin, once your only friend, was now your worst enemy?
Since the blast that reshaped the earth, only twins are born. The imperfect one of each pair is branded at birth and sent away. Twins share nothing but the moment of their death: when one dies, so does the other. But Cass and her twin Zach cannot be separated.

In this scorched and broken world, Cass’s bond with her brother may be the most dangerous thing of all.

It is almost Halloween in the sleepy New England town of Blackwood Falls. Autumn leaves litter lawns and sidewalks, paper skeletons hang in windows, and carved pumpkins leer from stoops and front porches.

The Doctor and Martha soon discover that something long-dormant has awoken in the town, and this will be no ordinary Halloween. What is the secret of the ancient chestnut tree and the mysterious book discovered tangled in its roots? What rises from the local churchyard in the dead of night, sealing up the lips of the only witness? And why are the harmless trappings of Halloween suddenly taking on a creepy new life of their own?

As nightmarish creatures prowl the streets, the Doctor and Martha must battle to prevent both the townspeople and themselves from suffering a grisly fate…

Have you read any of these books? What are your thoughts on this list? What would be on your spooky reads book list?

Let me know in the comments 🙂