Geeking By in February 2018 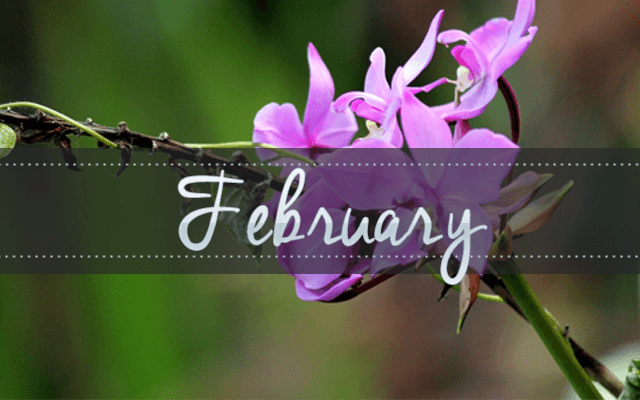 It was really difficult to find the motivation to write this catch up because February seemed to just blow through our lives and leave a heap of snow in it’s wake. Here in Glasgow we got hit pretty badly and we still have snow on the ground now. We were quite literally snowed in, which is a first for me. Here’s a few pictures and you can also see a few videos of the snow on my instagram. ((Image from Public Domain Images. Brushes by morfachas.))

I seem to have splurts of activity with my gaming bullet journal, and recently I’ve been delving into the world of transmogs from Legion and Argus world bosses and rares, so this has lead to a bunch of new trackers! I’ve tried to vary my page design and styles to make them a bit more interesting visually. In some cases being more adventurous worked, while in others it back fired spectacularly. I’ve also slowly working my way through my hidden artifact pages. I decided to add illustration to them which has been harder so it’s taking longer to complete.  For now there’s just a few pencil sketches which I’m hoping to eventually colour and outline in pen. I’ll be continuing with that through March and also working on some trackers for achievements. Here’s a few photos of what I’ve been up to, but once again my instagram is the best place to see what I’m up to if you’re interested in following my progress!

Credit for the inspiration for my gaming journal goes to the fantastic Bujo Gamer Girls group on facebook!

Please click an image to view a larger version.

While January was all about Neverwinter, in February we moved on to a new game; Divinity 2: Original Sin. I’d never heard of it but Chris is a youtube junkie, especially game playthroughs and had come across it. He got so annoyed at not finding a decent playthrough that he ended up getting it for us both with his birthday money! He also picked up the first game for himself and that looks good too, so I might try that out t some point. Unlike our usual games, Divinity 2 isn’t an MMO, it’s a co-op game with turned based combat. It took me a while to get into it because the controls are quite different to my usual games, however, I’m really enjoying it even if I do occasionally hit a friendly target instead of a bad guy… (Chris is used to it).

You can choose to create a character from scratch or pick an origin character which is a character with a pre-written background and storyline. While we’re both creative in character creation else where – me in online RPGs and him in tabletop RPGs – we love the story element of video games. Most of the games we play have a rich story and it’s really important to us, so we chose two origin characters. The abilities and spells are really dynamic in the sense that you don’t have a set talent tree; you can play an elemental mage and then throw in some rogue skills too. You just need to put points in the right abilities and get the books to learn the spells. We’re into Act 2 at the moment and while it’s slow going because we are very thorough, it doesn’t feel like a slow grind. You’re always doing something, finding a new clue and so forth. I’ll do a full review when we’re a bit further through the game.

In World of Warcraft I’ve been finishing up my class order hall campaigns and mount quests! Once they were done I turned my attention to Argus and have finally gotten all characters through that campaign too. As a result of completing all the class mount quests I managed to hit 300 mounts and now have a gorgeous blue cloud serpent in my collection. For March I’m going to be starting to farm some transmog gear, mounts and pets again and maybe get some leveling done on my second paladin. She’s the last one to get to 110 and I want her completed before we get the next expansion and start leveling the allied races.

Silent Witness is a British crime TV show that is now in it’s 21st season. It follows the lives of pathologists as they work with the police to solve crimes by giving them evidence from the dead, aka the silent witness. I would describe it as a much more serious and hard-hitting version of Bones; there’s not so much humor, hardly any mad experiments and no grand conspiracies.  It started in 1996, so I was about 11 and it wasn’t something that I really grew up watching. It’s only been in the last few years that I’ve caught the most recent seasons and after watching the end of the last season I wanted more. I have a habit of going back and watching old British crime shows right from the beginning. I’ve done it with a Touch of Frost (I’d watched a lot of this when growing up but never all of it) and then more recently with Prime Suspect (after watching the new 1973 prequel). So Silent Witness has been on my list for a long time, however, as you can imagine 21 seasons worth is a lot. It got put off until I felt that nagging need to do it and so I bit the bullet and started way back with season 1.

I’ve always been a fan of Emilia Fox and really like her character, Nikki, and her relationship with the team. I came into season 20 with the team fully formed and obviously had been working together for a while, so I wanted to know how they first met. Nikki isn’t the first lead character; originally it was Amanda Burton’s formidable Sam Ryan and it took me a while to come around to her. It didn’t help that Sam was a strong female character in a time when they were very new and still frowned upon, so the first few seasons feel like it’s just about who she’s sleeping with. Eventually in about season 3 she takes on a Professorship and the real work begins. Things get more serious, bigger and the show begins to touch upon every day issues that really hit home. In the 90s it’s AIDs and the IRA, and then more recent seasons have covered immigrants and disabilities. The later, at the end of season 21, was very tough to watch and thus well written and acted. One of the main cast is the wonderful Liz Carr who herself is disabled and an advocate for the disabled, so it was a particularly important issue for her to see raised in a show.

I’m currently two episodes into season 12, and loving the current team dynamic of Leo, Harry and Nikki. From the looks of the posters the team remains the same for a few more seasons before Harry leaves and Jack (a current cast member) joins.

I have inadvertently left the hardest part until last. I spent the whole month struggling with my chest and breathing, and ended up getting an x-ray; only to find that everything is clear and healthy! It should have been a happy moment, instead I’m left wondering what now? I was so sure something was wrong, something that could be found and fixed. Of course, my health is never that simple. My doctor is now in the process of taking me off the new migraine medication which helped my migraines immensely because it can cause respiratory problems as a side effect. Her thinking is that there was an infection, and then the side effect was triggered or kicked in and it’s all rolled into one big mess. As she pointed out, the new medication hadn’t solved the migraine problem entirely; they were less painful but still frequent. So this is the next logical step, however, the timing sucks because we’re away at a Sci Fi convention in a few weeks – right smack bang in the middle of me lowering my dosage /facepalm. I’d been looking forward to no migraines this year after having them for three days last year! Unfortunately my breathing has been so bad that I can’t wait, and it’s a toss up between that or the migraines hampering my fun. Once I’ve weaned myself back off this medication it’s time to try another one – and we’re running out of options. I’m being referred to the headache specialist as well, which considering I’ve been suffering from migraines since I was 17 is probably a bit overdue.

And that was my February! How was yours? Did you have any bad weather? Anything interesting happen? Let me know in the comments 🙂