My Favourite World of Warcraft Mounts 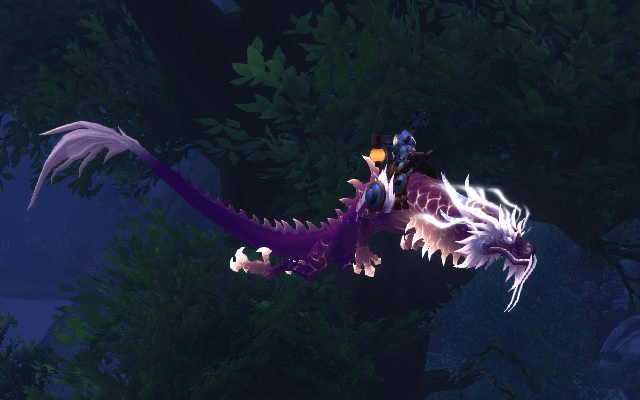 If there’s something pretty and cute to collect in World of Warcraft then I probably have it, so unsurprisingly I collect mounts! I have always used an addon, and now the in game feature, to randomise mounts so I get the most from my large collection of 256 mounts. You can view my whole collection over at Warcraft Mounts 🙂

I have always had a mixture of luck with mount drops; for example, I was one of the first to get the Headless Horseman mount on my server, and I got all the Brewfest ones relatively quickly where as it took others years to collect. However, other mounts like the Love Rocket and the Blue Proto Drake still refuse to drop for me. And don’t even get me started on how long it took before Kael’Thas gave up his Swift White Hawkstrider!

Ahem. Well, here is my top 10 mounts. Some I am fortunate enough to own and others I will continue to hunt!

Upon her return to The Nighthold, First Arcanist Thalyssra saw to it that adventurers who helped her  liberate Suramar were rewarded with prized mounts from the royal stable.

There’s just so many things about this mount that call to me. It’s exquisitely detailed, it’s so elegant and lets be honest; it’s a purple cat. Two of my favourite things! It also flies, so it has some gorgeous wings that extend from the sides. What i didn’t realise until writing this post is that it also automatically puts you in ‘costume’ (makes you neutral to the bad guys) if you use it in Suramar City. That’s a pretty neat trick!

These magical companions are the wardens of peaceful, primordial groves within the Emerald Dream.

There are just some mounts you see and know you HAVE to have them. This was one of them, but it came with a difficulty rating I wasn’t quite able to meet. I am beyond grateful to ArkzSc2 for boosting me and Chris to get the mount before it became unavailable. The whole WoW community really came together over this mount, doing regular Moose runs and so this represents more than just a mount to me. It’s a fantastic design, and I love knowing that it is a special warden of the Emerald Dream.

Be it into the flood, or into the fire, this one will go where you require.

This mount will always be super special to me because it was back in the days when special mounts dropping for holidays was a really new thing. This might have actually been the first one, I’d have to check for sure, and I was one of the first on my sever to get it. Over the years more and more people got it, but it was a magical feeling flying around Shattrath on this and being one of the few! It also does just look incredibly epic, and the fact that is a horse that flies – again, a first maybe? – just made it extra special.

These sleek foxes can prowl amongst newly-fallen leaves without making a sound, even at this size.

IT’S A FOX MOUNT! I love foxes, and spent many many days farming the red fox kit pet before it got changed to one you could buy with currency /facepalm. So naturally as soon as I saw this I squeed and fangirled shamelessly. I finally managed to get the item drop for it a few weeks back and am now the proud owner of this little beauty!

The famous steed of Arthas Menethil, who serves its master in life and in death. Riding him is truly a feat of strength.

While this mount certainly does look epic, and is a gorgeous model, it’s actually the lore behind this horse that captivates me. If you have read the Arthas novel, you’ll know what I mean. It explains the whole origin of Arthas’ mount, how he grew up with the horse after making a very special bond with it. The first thing he did when he became the Lich King was res his faithful steed. Ok, so that part is a little creepy, but it just shows the beautiful bond between a raider and their horse. I’ve yet to add Invincible to my collection though 🙁

You are the only one that remembered.

Honestly, I could do just a list of Hippogryphs. I fought with which one to pick and in the end this one won because it’s purple. Ok it’s slightly pink… I’m going to stick with mauve as a descriptor. It is just gorgeous, and it has a fun and intense way to get it which makes it even more special.

Heavenly Crimson Cloud Serpents are considered to be among the noblest of dragons.

Much like the Hippogryphs, these ethereal mounts deserve a whole post to themselves. I don’t think a single one of them is bad, or ugly, and it was a hard choice between this one and Yu’lei, Daughter of Jade. This one just reminds me of a sunset, the way the colours blend and seem to shift as it flies.

Moreso than normal hippogryphs, the cloudwings of Azsuna prefer to nest high up in mountain caves far above the cloud line.

Yes, I said one hippogryph… but technically this is a totally different model and it is just gorgeous. They first added this model, a green version, in as a recruit a friend prize and since all my friends already play WoW, it was never going to happen. So I am super happy to have a version that I can actually get! The updated graphics and details are just lovely, and the colouring is beautiful. I much prefer this multi-coloured version to the all colour arcane one.

Al’ar was the beloved pet of Kael’thas Sunstrider, who often boasted that death would never claim it. Perhaps he was right.

Before we even knew this was a mount, I wanted it to be a mount. I was transfixed watching Al’ar flying around in Tempest Keep, and while this mount remains elusive it is still my number one most wanted mount. One day it will be mine (when I stop slacking and start farming it properly again…) and I can’t wait. When you fly it leaves a trail of ethereal colour in it’s wake which just adds to it’s beauty in my eyes.

Once plentiful, only three seekers remain on Azeroth after generations of battling the corruption of the cosmos.

Last but not least, one of the newest mounts in my collection is the new Priest class mount. I’ve saved this for last, not because it’s my favourite but because I wanted to show you it in all it’s glory – which means extra pictures!

You see, each one changes colour depending on your talent spec. On the left we have silver for Discipline, which is my main spec and I’m quite happy with! I like the second one, gold, for holy but I’ve always been more of a fan of silver than gold. Finally, there’s the purple shadow one on the right. Again, I like purple but it’s just a bit too much for my liking.

So there you have it, my top 10 mounts! Are any of these on your list? Which mounts are proving to be elusive and which one holds special meaning for you? Let me know in the comments <3