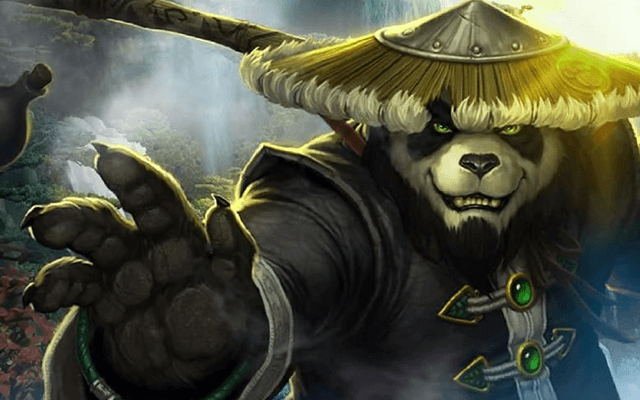 I know there will be a few people reading this entry (and having seen my comments on facebook regarding Blizzcon) that may have absolutely no idea what I am talking about. So before I begin a small breakdown of what Blizzcon is and why it is so important. It is a yearly convention held in California by the video game company Blizzard Entertainment. This company is responsible for games such as World of Warcraft, Warcraft 1-3, Diablo 1 & 2, and Starcraft 1 & 2. The first of these I have been playing since it came out in February 2005 and is a passion of mine. It was the first game I started to play, however, other games I’ve played just don’t quite live up to WoW. I love the game play, the art, the worlds, the quests and especially the Lore.

Blizzcon is where the company announces it’s new games and expansions, along with hosting several Question & Answer pannels where lore geeks like me can learn answers to questions that have been bugging us for years. For example, I was desperate for someone to ask whether Moonkins would be getting their own different forms like druid cats and bears. Last year no one asked it, however, someone finally did! As usual many questions got the answer of ‘we’re working on it’, which doesn’t bother me as I understand from being a writer that you cannot throw every idea out to the public straight away. People seem forget how much the Blizzard team love the characters and storylines; they are their babies. It must be killing them not to be able to tell us all the awesomeness that they have planned for us!

This year’s Blizzcon was no exception and as many WoW players expected the new WoW expansion was announced; Mists of Pandaria. I won’t lie; I was extremely cynical about this since the rumor mill began suggesting that Pandarians would indeed be the next race. On the first glance they do look very cute and very anime, which is something I really dislike. The more I watched, via the virtual ticket on our awesome HD 24 inch TV screen, the more I recognised just how much detail the Blizzard developers have gone into. I stopped covering my eyes in disgust and starting watching the trailers in awe. My dad is a major Japanese enthusiast, especially when it comes to their history, culture, religion and martial arts, so I can see from watching the trailers that Blizzard have incorporated a lot of that culture into the new race.It’s a beautiful and spiritual culture and I wish people would give it a chance instead of whining – the favorite pastime of the majority of WoW players it seems.

One only needs to browse the forums to see the outrage and to be honest quite ridiculous  arguments for why this expansion is going to ‘suck’ or is a ‘joke’. There have been quite a few Kung Fu panda jokes which is a joke in itself considering the Pandarians existed in the WoW universe years ago in Warcraft III. Once again as a lore geek and a history geek I find myself chaffing at the bit to yell at people who quite evidently are looking at the physical evidence (art, trailers, gameplay) and being entirely oblivious to the culture it is  based on. The age old issue of the Western world being so ignorant of the rest of the world. I won’t get into that too much more and instead will comment on one particularly argument that I read; ‘there’s no main enemy so it’s going to suck’. Different doesn’t always mean bad! Blizzard have given us such amazing storylines and game play previously, so can’t we just trust them to do this well too?

Enough of the ranting, what are my thoughts on the new expansion I hear you wondering. I am excited by it, I really like the idea of a melee healer and am curious to see if they heal via a kind of pressure point/Tai Chi healing method. i.e. you heal by ‘melee-ing’ a friendly target. It’s really interesting to see a cross-faction race and the implications of what we, the players, have brought with us to their previously tranquil world. Plus a world on top of a tortoise? That’s just awesome. The talent changes are awesome, especially for someone who long ago grew sick and tired of being told by people what the right spec or right talents were. I like the way they have set out these changes by asking players to pick between three options that do the same thing in different way. It is much more customizable on one’s own play style. As my main is a priest I was particularly happy with the additions to their talents, and the new spells. There was an awesome part in one of the Q&A’s where the developers pretty much admitted that they gave priest life grip knowing we could use it to kill our GMs during raids. At that point I doubt I was the only priest that cackled with glee knowing we now have two ways to do it. My poor GM James will soon stop inviting priests to the raids I think 😛

The other big news that I loved was the announcement by Mike Morheim regarding the annual pass. Yes it’s a brilliant marketing strategy by the company in the face of several new popular RPGs being released (Star Wars and Guild Wars 2), however, they are also giving something back to their devoted players in a major way. They are giving us an awesome mount and another game free, and on top of that beta access to Mists of Pandaria. The catch? You need to devote yourself to a 12 month contract to play WoW, which you pay monthly. Let’s be honest; if you’re a raider (and not sick of the game) you were probably going to play for 12 months – and longer. So essentially myself and my fiance Chris are getting loads of bonuses for the same price, all we have to do is click something different under payment.

The last thing to talk about is the pet battle system… which we all know is very close to being a rip-off of Pokemon. Only the fact that they have announced it tells us that they’re already cleared any copyright issues. You can level and fight with your companion pets, and they will finally be account bound. You can also name them and find new pets in different settings i.e. in zone A at night and only if it’s raining. That sounds like so much fun. I’ve never been a huge fan of pokemon because it was a stand alone game and it was a style I disliked. So WoW pokemon? I’m up for that!