5 TV Shows I Would Un-Cancel 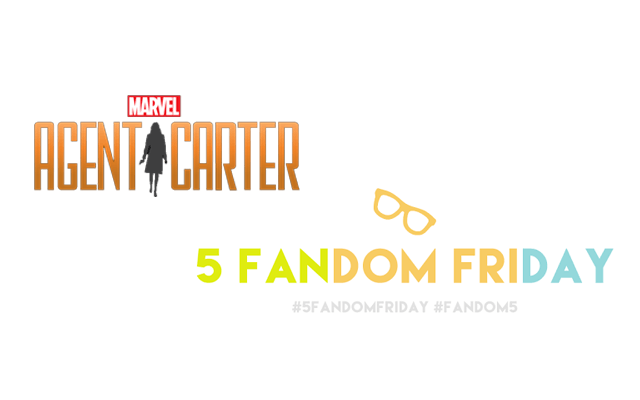 Grabbing one that I missed in May for this week as it’s something I feel pretty strongly about! Cancelled shows is something that really gets me going. As a Brit, I’ve tuned into a new US show and fell in love with it – only to find out half way through that it’s been cancelled. It’s gotten to the point now where I check new shows for cancellation if only 1 season is listed on IMDB. It’s only really been in the last decade that fantasy and supernatural TV Shows have become popular and before that you could guarantee that any geeky TV Show that came about was likely to be cancelled ASAP. I distinctly remember the excitement of hearing about Supernatural when it first came out, and hoping like hell it didn’t get cancelled.

There’s a lot of shows that have ended, that I will always miss, however, this list is reserved for those I feel never really got a shot, had more to tell or left loads of unanswered questions.

appearance of temporal anomalies and battles both prehistoric and futuristic creatures.

I was sad to see the original Primeval go, so when it was announced that there was a new one in a new country, with all new characters and Andrew Lee Potts’ character would be popping up – yeah, I was super hyped. I loved Primeval: New World and the characters; the cast was fantastic! But I’ve still not finished the final two episodes. It’s a typical case of ‘I don’t want it to end’ which seems to plague me when it comes to the final episodes and seasons of some shows. I had so many unanswered questions already, and from my experience watching the original Primeval I know the season finale is just going to make me scream with the frustration of never knowing!

This is the only one of this list where I wish I could un-cancel it, but I totally understand why it was cancelled. A spin off from Bones, The Finder had it’s back door pilot in season 6 of Bones. Sadly after filming the first season Michael Clarke Duncan, passed away unexpectedly. He played one of the main characters and was such a big part of the show that no one involved could bare to carry on without him.

In 1946, Peggy Carter is relegated to secretarial duties in the Strategic Scientific Reserve (SSR).

When Howard Stark is accused of treason, he secretly recruits Peggy to clear

his name with the help of his butler, Edwin Jarvis.

I’m going to be pissed about this one for a long time to come, and like Primeval, I haven’t been able to finish Agent Carter Season 2 yet. I don’t want it to be over. Peggy is fabulous character who deserved much more screen time than she got. At least we got two seasons; some shows have had far worse odds than that.

thrust into the role of defending humanity from the gathering forces of darkness.

This is probably one of the shows on this list I’m most bitter about. Technically it was sort of un-cancelled and became an animated show with Matt Ryan voicing the character and made by the same people. But let’s be honest; it’s not the same. I’ve not watched the animated show yet, and probably will check it out eventually but I much prefer live action. Sure the show had some bad points, I got a bit lost with the plot at times, and it was a bit slow going. That didn’t stop it still being awesome, and needing answers to things that happened in the finale. I loved Matt Ryan as Constantine, and have loved him as an actor since I saw him in Criminal Minds: Suspect Behaviour. The crossover with Arrow was bitter-sweet and a highlight of that season for me. I really wish they had given it more of a chance 🙁

And the final one on this list is a fairly unknown British show that I will probably be royally pissed about for a long time. Back in the day when supernatural was far away from being a go to genre for TV shows, Strange popped up with a pilot about demons. The pilot was quite frankly, epic. Mysterious, intrigue, mythology and I was so glad when it got picked up for a full season. And then the BBC messed it up. Not the show; the whole season was great like the pilot. No, there mistake was very simple; they never re-showed the pilot. Many months later when the season began, they decided it would be a great idea to skip the first episode (the pilot) and go straight to episode 2. As you would expect this left everyone extremely confused because all the back-story and how the characters came together was in the pilot. It totally flopped despite how much promise it had because no one had a clue what was going on.

What about you? Which shows do you wish had never been cancelled? Are they 1-2 season wonders or are they longer running shows you just really miss?