Why Heathcliff is my man scares me: The term so far. 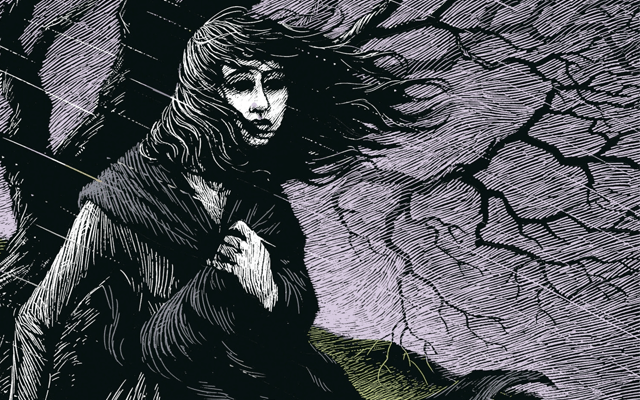 “Heathcliff is my man” was a statement heard as recently as the beginning of the term (January 2013) and has been one I have heard many times before. It’s so common that it’s led to me explain why Heathcliffe is my man scares me. I admit to being intrigued at the prospect of finally reading the novel, of learning about the romantic hero of Heathcliff for myself. We have not reached that point of the course and I have to say not only am I disappointed but quite horrified. I had expected to have a different view of the romantic story of Wuthering Heights, I hadn’t been prepared for my predisposed idea of Heathcliff as a positive character to be turned completely on its head.

The fact is that Heathcliff, while devoted to Catherine, is a violent abuser. What terrifies me is that generations of women, past and present, consider him to be their man, their hero. If you google Heathcliff you are immediately told that he is the archetypal romantic hero. Since when did romance or love come hand in hand with abuse? It suggests that some women still have their heads stuck in the sand when it comes to marital abuse, and more alarmingly makes me wonder how many women think that their peers deserve to be abused by their husbands. Recently there have been campaigns across the Internet, from both men and women, about women provoking abuse done to them by flashing a bit of skin. I make the point of including men in this because men are beginning to recognise that they are being lumped together with abusers and rapists just by being male.

So from now on, whenever I hear someone idolise Heathcliff I am most definitely going to visibly wince and will have to bite my tongue to ask why an abuser is romantic.

I am just coming to the end of week 5, which is only of note because it is followed by reading week – aka our version of a half term, a week of holiday without classes. So now that I’m at the halfway mark, a review of the term and its texts seems ideal. I am also happy to pat myself on the back for keeping up with my reading, as it is only this week that I have fallen behind due to Wuthering Heights. I should be back on track by the time classes resume.

In English Lit we have covered; The Pillowman by Martin McDonagh which was as well written and engaging as his play The Cripple of Inishmaan (last year) but also haunting and terrifying. Then there was The Driver’s Seat by Muriel Spark, In the cage by Henry James and The Good Soldier by Ford Maddox Ford. Out of those three only The Driver’s Seat stood out and then, like The Pillowman it wasn’t a pleasant text to read.

Comparative Literature part 2B continued the random and weird stories of 2A and included Under Western Eyes by Joseph Conrad (much more interesting than Heart of Darkness studied in English Lit last term), Franza Kafka’s The Metamorphosis, the play Six Characters in search of an author, and then finally The Nose by Nikolai Gogal. When I say weird I am not meaning it in as an insult; weird is interesting, it’s different. That’s not to say that upon finishing these texts I was left puzzled on many things. Nothing about these is straight forward and each one opens up many questions about identity, what we think of it and how it is constructed.

I have two essays due in the next few weeks; 15th and 18th February and this week we should also be given the questions for our English language essay due in week 10.