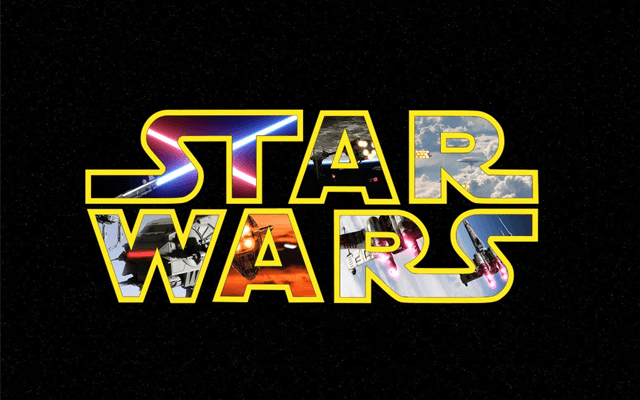 Most people that know me are well aware of my love for Star Wars.  I was first introduced to the universe when I was about 7 or 8 and I fell in love with it. Several years later I bought my dad the original trilogy (OT) on VHS and ended up watching it myself – and again, and again. I went through a period in my teens where I was watching it every day. The only other fandom that I’ve watched that much is Buffy the Vampire Slayer. I bought the PC programs that took you ‘Behind the Magic’ and I devoured every book I could get my hands on. The Expanded Universe grew and grew and a lot of the characters found a place in my heart. I am still reading them, currently working my way through the Fate of the Jedi series and the Legacy comics. I much prefer the OT than the prequel, and while I don’t dislike the Republic time period I still have yet to read most of the books (and all of the comics) set in that time.

So naturally the announcement of new movies was exciting. Yet there was this sinking feeling in the pit of my stomach. I held on to the belief that they wouldn’t throw out an entire universe, a host of amazing characters and the hard work of many authors. Yet they did. The EU was gone from canon. I honestly didn’t think it would happen despite all the nay sayers. So it hit me pretty hard when it was announced. Yet I am still excited about the new movies and the new novels. Admittedly that excitement is tinged with a LOT of caution especially as everything has been wrapped up so much. There have already been a few changes released in the new Marvel comic series such as this bombshell (WARNING: SPOILER!) which worry me. That one pretty much rocks the entire core of one of the most known aspects of the universe. That relationship happened, it was in the movies, it IS canon. Don’t screw with me Disney!

Speaking of what is and isn’t canon. At first the KoToR and SWToR games were canon and then they weren’t. I’m actually more annoyed with that then I am with the entire universe being thrown out. In a video game you immerse yourself in a universe and now it’s pretty much ‘well, you’re in the universe, but you’re not IN the universe’. Umm, what? I still love the game but I have to admit that does taint it a bit for me. I no longer feel like anything my characters do has a bigger role. Not like in World of Warcraft; in WoW my characters are champions of the Alliance, and are recognised as such, especially in Warlords of Draenor.

A lot of people had a problem with Disney taking over, sighting that there would be a lot of changes (which there have been) and that Disney would, well, disneyfy everything Star Wars. I sort of found that last one funny considering Disney have had Star Wars in their theme parks for YEARS. There has always been a connection there, and in the once place that is the epitome of everything Disney, Star Wars still remained Star Wars. I have visited Disneyland Paris several times in the past and loved the Star Wars experience. Plus there’s the whole ‘Disney are buying up everything OMG!’ – at the end of the day, why is this a bad thing? Capitalism and conspiracies aside, a company as massive as Disney buying out a popular fandom means lots of new merchandise. We’ve already gotten a new tv show, new books, new comics. It’s only going to get bigger.

My Thoughts on the New Movies

Let’s start with the stand alone, Rogue One. Like any good Star Wars nerd I heard the title and immediately knew it had to be a Rogue Squadron movie. From the description released, it sounds very plausible; “A band of resistance fighters unite for a daring mission to steal the Death Star plans“. The trailer doesn’t show much either other than a TIE fighter and the Death Star, however, “Rogue” has a long history in the Star Wars movies as well as the Expanded Universe. “Rogue One” in particular is the call sign for the leader of Rogue Squadron. It appears in The Empire Strikes Back and therefore is most definitely canon. The new Trilogy certainly hasn’t forgotten it’s X-Wing Pilots, with the trailer and photo shoots including them. The question is; just how much of the Rogues will be what we already know? There is a hugely popular novel series dedicated to the Rogues and their exploits (you can’t call them missions, they are exploits for sure). Their motto is “doing the impossible” and let’s be honest, securing the plans for the Emperor’s new toy is up there on the list of impossible things to try to accomplish. A lot of the original Rogues were in the OT; Luke, Wedge, Wes, and so forth. Those character exist and better yet, they are cannon! While we know Luke won’t be in it – this is set before A New Hope remember, back in the days when Luke was just a moisture farmer on Tatootine – but Wedge and the others were with the Rebellion before Luke came along. I honestly don’t see how they could do a movie called Rogue one and not included any of the Rogues we know.

Plus, it ties in with the new trilogy – Poe Dameron is an X-Wing pilot and described by the actor playing him as “the best fricken pilot in the galaxy” – while myself and my fiancé (and I’m sure other fans) are thinking ‘well dude, you got a LOT to live up to with that statement’, it certainly FITS with Rogue Squadron. They are the best of the best. In the EU Rogue Squadron is a squadron with a legacy, one that exists for generations and quite often the children and grandchildren of the original pilots end up in Rogue Squadron at some point. So, could Poe be a legacy? It is possible that one of his ancestors was one of those in the original squadron, possibly even on the mission to steal the Death Star plans. Star Wars and Disney like continuity and they want to grab the attention of a whole new audience. While Star Wars nerds know about Rogues and their long history, a lot of people have just seen the movies and probably have no clue who Rogue Squadron even are. So setting Poe up to be this type of character would help them lead into a movie based solely on an elite squad of fighter pilots.

I am certainly excited about Poe, not just because I’m sure Rogue One is a Rogue Squadron mission but because this photo of him looks awesome. He has the sexy badass starfighter pilot look down to a T. In regards to the other characters; I was originally convinced that Daisy Ridley’s character was Han and Leia’s daughter. I am still rooting for that possibility, but what we already know about her doesn’t necessarily fit right. It could be a total throw off and she’s estranged from her family, but we’ll need to wait and see. The one that is bugging me the most is one of the characters we know hardly anything about (there’s been a new leaked photo in the last 2 days) about; Domhnall Gleeson’s character. Leaked photo aside, I’m not convinced that this isn’t Luke’s son. Perhaps I’m just clinging on to the hope that Mara Jade (my favourite character ever) makes an appearance in the new movies. But it seems odd to me that this red headed young man has been hidden from us so much. No name, no details, nada. He obviously has a BIG part to play if his character details are being so well hidden. I won’t spoil the leaked photo, but lets just say that the assumptions people are making from it don’t necessarily add up. That’s just one possibility out of many.

Speaking of Luke – again, we’ve hardly seen much about him or the Jedi in the new film. The trailer gave away the whole Sith thing, so naturally we know about Kylo Ren played by Adam Driver. Kind of hard to miss that there’s a Sith after that trailer. But Jedi? The whole Star Wars universe focuses on the relationship between the Sith and the Jedi and c’mon, it’s called The FORCE Awakens. So yes, there will be Jedi. So far no one has been named as one, other than Luke and we see Leia holding a lightsaber in the trailer – we don’t know if she’s just being given it for the first time or if she’s a trained Jedi by now. You might be thinking ‘well she’s a Skywalker, of course she’s a Jedi!’ but as seen in the EU Leia’s ambitions are very different from Luke’s and I don’t see them straying far from that. So I definitely believe that Domhnall Gleeson’s character is more likely to be a Jedi than a member of the Empire.

In regards to the EU, there are only a handful of characters I’m sad to see gone and hope they incorporate them somehow in the new movies/new canon. Obviously, Mara Jade, as mentioned. And some of the Rogues, specifically Tycho who is a partner in crime of Wedge and Wes. The later are already canon and it just doesn’t feel right now having Tycho there too. As for the Jedi characters; Corran Horn. He’s a Rogue as well and his entire history is just fascinating – we need more Jedi families. I love the Skywalkers, but there’s so much potential for Jedi legacies in there. There are many other characters I love, don’t get me wrong, but I’m content with them staying in the EU and not being reincarnated. It’s a very big and complicated universe and if you start trying to fit in some characters, it breaks because others are missing.

I think that covers pretty much every thought I have so far regarding the new movies. I’ve yet to watch Star Wars Rebels because I’ve not even finished the Clone Wars series yet and I know they lead on from one another (at least one character anyway). So there will probably be more in the future as I catch up on the new stuff coming out. I will leave you with this handly link to a list of how the new timetable of movies, novels and comics work out.