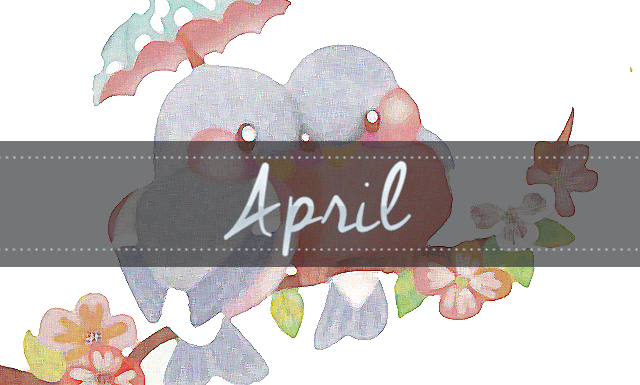 Last month disappeared in a whirlwind and April crept by so slowly! It wasn’t an easy month in many ways and a lot of work got done behind the scenes rather than on the front of the blog. I did work out some awesome things that I am happy to finally share with you!

Totally technical term there, however, it is an accurate one because I am using ‘schedule’ in a lose way. I need something flexible so that I don’t get overly flustered or bury myself in work or guilt for not getting work done. I am hoping to start getting this up this month. Like I said, I’ve been putting the ground work in for a bunch of stuff behind the scenes even if I’ve not actually posted anything. So here’s a sneak peek of how each month will hopefully start to look!

Zodiac Series – Taking over from the Birthstone series this will be on the same thought train but on a smaller scale. I’m setting up one pinterest board with a section for each zodiac sign filled with products based on each sign, as well as links to fashion and beauty gurus explaining how to identify your specific sign’s style. The accompanying blog post will have a lot less work in it and more information gathered from resources with some examples I’ve found and I’ll highlight some of my favourite products I’ve found on my hunt. Most of the links will be on the pinterest board though so I won’t need to find and edit 100 odd images this time.

Blog Links – I really liked the idea of a blog links list, however, I failed to find a way to make it work. Instead I’m incorporating this into a smaller blog series, so once a month I’ll pick a theme or type of blog link i.e. website listings, linkies, book related, etc. and post a list of 10 of them.

Tramsmog Tuesday – Old news really in comparison, but I love it and I will be bringing back my World of Warcraft Transmog Tuesday back every week.

10 Things – This one is purposely vague because I wanted something that didn’t have a real definition, something that I could just do what I wanted with each month. If I wanted to do 10 crime tv shows, or 10 cute animal tops then I could. This will be the wild card every month 🙂

Geek on the High Street – I love this series, but it was sooo unorganised, no real time frame and so many faults. Then I had the revelation to make it a monthly themed feature! I can plan it around upcoming movies, events (Star Wars day, for example) and so on.

Geeking By – You’re currently reading it! The monthly update of my personal life, blogging, studying, goals and, of course, geeking!

Let me know what you think in the comments! 🙂

I never did a word of the year this year because I just couldn’t decide on one. Now four months in and I’m pretty sure it’s going to end up being surviving. That is literally what this month has been about. I have felt guilty at the lack of productivity and moving forward, but to be fair I don’t see HOW I could have functioned. At this point I’m just happy I managed to keep basic things like clean washing and stuff going! I mentioned last month that I chose to swap medications and this month was the horrible period of no meds and starting new meds aka still having no meds because they haven’t kicked in yet. I was doing ok until about the 16th and then it has literally been a migraine every. single. day. Yes, over-exaggerated punctuation is needed for that one. It has been hell. In a weird way it was a relief because for a while there I was like ‘oh crap, what if these aren’t migraines, they’re something else like sinuses or stress etc.’ and then my body went, NOPE HAVE THEM ALL! I had one last night, currently as I write this I have a niggle but so far I’m ok *crosses fingers, touches wood, prays to every god imaginable, sacrifices first born*.

I started the new medication for migraines a week ago so it should start kicking in soon, however, it’s a slow building one so I up the dose again in a week anyway. It’s been making me super dizzy but that IS a well known side effect and it seems to be adjusting. It is also helping me sleep better; my previous medication wasn’t a drowsy one, while the one before was so I’ve been missing that kind of medication just to help knock me out at night. I’ve noticed since the ME/CFS set in that sleeping has become harder for me, and also even more essential because to put it in basic terms my body is a very leaky fuel tank. Sleep is replenishes the fuel and my body is just leaking it all over the place, so I have been needing 12 + hours for several years now. I’m just getting myself back to a 12 hour rotation this month and being on this medication I’m actually sleeping better and waking up feeling more refreshed. So yey for a side effect working for me. Also, I may have been a little TOO happy that weight loss is a side effect….

That brings me onto the other medication which for privacy reasons I am purposely not naming, sorry, just some stuff is private and some people aren’t all sunshine and rainbows. Since stopping it my appetite has really decreased and considering I was on this for over 11 years I have to wonder how much it has added to my weight gain. I also started protein shakes for breakfast as planned so hopefully should start to see some change soon. I started the new medication today, and had to giggle at the warning label; do not eat with grapefruit. Seriously not an issue for me. I do not eat fruit (I can’t stand the texture!), and not a huge fan of the taste of grapefruit juice either.

Getting down with the Dinos

(aka Battle for Azeroth alpha)

We started wandering around Zandalar in the alpha and will continue to do so in the beta. There are so many cute dinos every where! I may have gotten just a tiny bit distracted…. 😀 So far the quests have been super fun on the horde side, I hope the alliance ones are just as good – we’re keeping them a surprise until BFA actually launches. I tried to play discipline, but I am just so out of practise with it and possibly even out of love with it now. It just doesn’t suit my play style any more so I’m playing as shadow – and holy void energies batman, we have actual AOE! You can see all my screenshots so far over here in the Battle For Azeroth gallery. They DO contain SPOILERS so look at your own risk!

I’ve been working my way through more DC comics, catching up to date and getting my head hurt with some timey wimey stuff. I’m still with the bat family and have a few of them to catch up with, and I’ve also read The Flash, Teen Titans and the Dark Metal event now too. I also completely fell in love with Supersons, the adventures of Superboy (Jon Kent) and Robin (Damian Wayne). It is hilarious, heart warming and absolutely brilliant. The bad news is that it has been cancelled and will be ending 🙁 Damian is a complete little git, but he has a heart of gold and him and Jon are adorable together. Next up is Justice League, Titans and the Doomsday event. TV wise it has also been a catch up time with NCIS, Private Eyes, Bull and Criminal Minds.

And that mixed bag of fun was my April, how did yours go?

((This months banner graphic is from my personal scan collection. It isn’t yet available to the public but you can find more over at my public gallery 🙂 ))