My Must See List of Christmas Episodes [5 Fandom Friday] 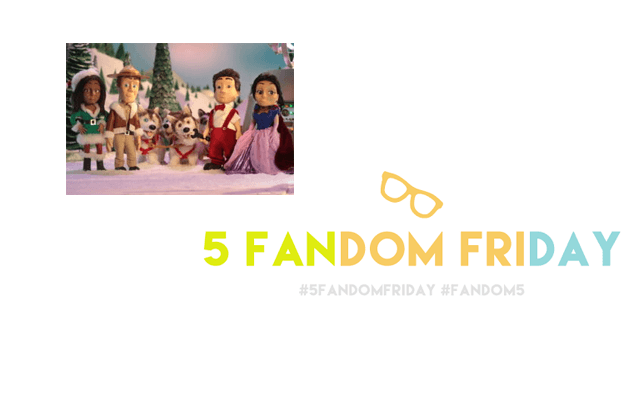 I’ve tweaked this weeks prompt slightly; it was christmas movies, but since I could only come up with 2 I decided it would be better to do TV episodes instead!

Season 1, episode 9 – The Man in the Fallout Shelter

This was one of the first episodes in Bones for me where things got real, where anything could happen and people could die. An odd episode for a favourite christmas list, but beneath the scary their was heartfelt beautiful love for one another.

Amends is, in my opinion, one of the most powerful TV episodes ever and it was a Christmas episode. In the episode, we meet the first evil for the first time as it torments Angel, and Buffy delivers a very important home truth to him: “Strong is fighting! It’s hard, and it’s painful, and it’s every day. It’s what we have to do. And we can do it together”. For me personally, this hit a cord with me as an angsty different teenager and has stuck with me as my health problems have developed. I also appreciated then, and still do, a Christmas episode that was darker and not all about hope. Christmas isn’t always a happy time, and sometimes a TV show needs to show all sides of life.

To understand why this episode is so awesome I need to explain a bit about the show. Firstly, it’s not an animated show. Yep. Eureka is a secret town in the US where a bunch of super geniuses invent things, safely… well, they’re supposed to be safe 😛 Lots of accidents happen, and in this Christmas episode everyone gets turned into a cartoon version of themselves. It’s hilarious, funny, and totally bonkers.

I loved this episode because of the way the characters interacted with one another, the whole Christmas time thing and their undercover roles as mall employees. Eliott is a very grouchy santa, and the team’s nemesis played by Wil Wheaton pops up as well. It’s a fun filled jaunt to restore a santa’s good name, Christmas done Leverage style.

I think the look on the boys’ faces says it all 😛 Christmas with the Winchesters, and of course, they end up with someone trying to kill them. Namely, two Pagan gods who want to eat them for dinner. It’s an aptly named episode, and I particularly liked the fact that Pagan mythology was being introduced into the Supernatural universe, which had been pretty much dominated by Christian mythology up until that point.

Do you have any favourite Christmas TV episodes? How about movies? Let me know in the comments <3