5 Geeky Expressions Only Your Friends Would Understand 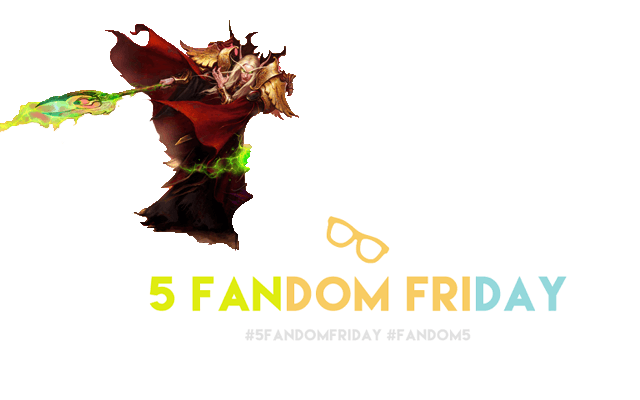 When compiling this list I noticed a pattern; most of my geeky expressions come from gaming. There’s a few others that didn’t make the list, like referring to a crack in a wall for Whovians, but most are those that have come up in my years playing World of Warcraft.

I think this is probably one of the most geeky expressions out there; even my dad uses this one. The best thing is that it can be used and applied to so many situations. Whether you’re seriously struggling with a problem, or having a laugh with your friends. It’s universal and everyone knows what it means.  ((Image Credit – Star Wars Uncut))

This is probably the most obscure one of the list, and is more something I say regularly and usually when gaming. In most games fire = bad. I’ll be raiding and Chris will ask why I died and this will be my typical response. ((Image Credit – Screencapped.net))

From World of Warcraft, this is a line uttered by Kael’thas after his demise in Tempest Keep. It’s become an ongoing long running joke in WoW, if a character dies or magically reincarnates you can bet someone will utter this line. ((Image Credit – EU Battlenet))

Although this one began in World of Warcraft, it’s another one that has become universal. There’s even a wikipedia page for it which includes a list of times it has appeared in TV shows and other places. It became a viral meme very quickly, and if you’ve not yet seen the original video then go check it out (don’t read the wiki page summary, you need to experience this for yourself first!). It’s become an every day slang for my guild and friends, with one us either quoting Leroy’s cry or saying “I’m just gonna leroy it”. I’ve had even non-gamers say this in conversation before, so it’s moved well beyond WoW. ((Image Credit – Hearthstone Wiki))

And the classic Illidain; You are NOT Prepared! His infamous line uttered before engaging in combat with a raid in Black Temple in World of Warcraft. This has become another viral saying/meme for the WoW community, especially when the latest expansion Legion was on the way. I’ve lost count of the many instances and times when this line has been coined. Just remember… you are not prepared!  ((Image Credit – World of Warcraft))

How about you guys; do you find that particular community or fandom has more expressions than another? Do you have a set of geeky expressions within a close group of friends or a whole fandom?