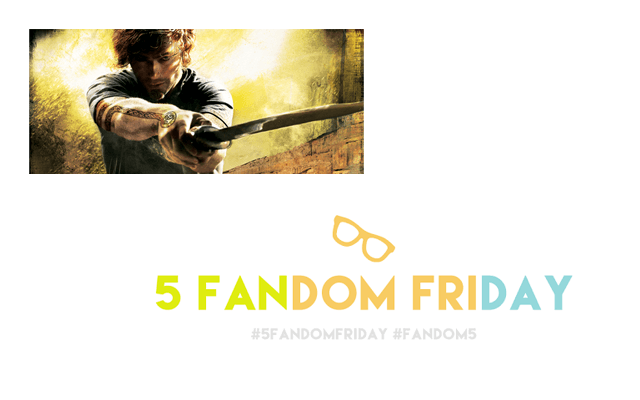 It’s getting late, but it’s still friday! So last week you may have noticed the distinct lack of blog posts. This was due to two uni deadlines in short succession and I simply had no time or energy this week to play catch up. So I’m determined to get FF done this week and Sharing Saturday tomorrow 🙂 I’m not feeling great as I think I’ve gotten a cold on top of everything else and my body is just not coping, so a slightly slacky FF this week in which I just give you the synopsis instead of my thoughts on the fandom.

Chronicles of the Necromancer

I’d been eyeing up this gorgeous cover for a while, then Chris noticed it and we both decided we wanted to try it out. The rest is history and it, and it’s following series, is now on our bookshelf 😀 Despite being an amazing series not many people have heard of it, so I try to share it as much as possible.

The comfortable world of Martris Drayke, second son of King Bricen of Margolan, is shattered when his older half-brother, Jared, and Jared’s dark mage, Foor Arontala, kill the king and seize the throne. Tris is the only surviving member of the royal family aside from Jared the traitor. Tris flees with three friends: Soterius, captain of the guard; Carroway, the court’s master bard; and Harrtuck, a member of the royal guard. Tris harbors a deep secret. In a land where spirits walk openly and influence the affairs of the living, he suspects he may be the mage heir to the power of his grandmother, Bava K’aa, once the greatest sorceress of her age. Such magic would make Tris a Summoner, the rarest of magic gifts, capable of arbitrating between the living and the dead.

One of the best original urban fantasy series around right now, and no one’s ever heard of it! It’s very creative, funny and puts you on the edge of your seat.

Druid Atticus O’Sullivan hasn’t stayed alive for more than two millennia without a fair bit of Celtic cunning. So when vengeful thunder gods come Norse by Southwest looking for payback, Atticus, with a little help from the Navajo trickster god Coyote, lets them think that they’ve chopped up his body in the Arizona desert.

But the mischievous Coyote is not above a little sleight of paw, and Atticus soon finds that he’s been duped into battling bloodthirsty desert shapeshifters called skinwalkers. Just when the Druid thinks he’s got a handle on all the duplicity, betrayal comes from an unlikely source. If Atticus survives this time, he vows he won’t be fooled again. Famous last words.

This is a British TV show from the BBC which I’d seen advertised for so long and then eventually gave it a try. If you’re a Red Dwarf fan, the actor that plays Cat is one of the main cast and is absolutely hilarious. The first ‘detective’ is played by Ben Miller and later by Kris Marshal.

Detective Inspector Richard Poole is transferred to Sainte Marie, an island in the Caribbean. Totally unsuited to the Caribbean way of life, Richard hates the sun, sea and sand and isn’t used to the Sainte Marie style of policing. Working with the exotic Camille each week Richard investigates intricate and intriguing murders.

Leverage is again one of those shows I saw advertised for ages before getting into it and I absolutely loved it. It has some amazing actors for the main cast, and so many other great actors popping in from time to time (Mark Sheppard, Jeri Ryan to name a few). Sadly it has ended but there are 5 awesome seasons to watch 🙂

Meet Nathan Ford, a former insurance investigator who spent his professional career dedicated to the company that refused a potentially life saving medical procedure for his son. Unemployed and teetering on the edge, Nate enlists the help of the best thieves and grifters in the business, and with their help, he steals from the rich and gives to the poor to help balance the crooks in high power positions. He and his team help provide… leverage.

And finally; Warehouse 13 and Eureka (aka A town called Eureka). They’re two seperate shows with very different settings and characters but they’re set in the same universe and do have cross-over episodes so it feels remiss not to discuss both. Again, sadly both have come to an end, both with 5 seasons of insanity 😛

After saving the life of an international diplomat in Washington D.C., a pair of U.S. Secret Service agents are whisked away to a covert location in South Dakota that houses supernatural objects that the U.S. Government has collected over the centuries. Their new assignment: retrieve some of the missing objects and investigate reports of new ones.

The sleepy Pacific Northwest town of Eureka is hiding a mysterious secret. The government has been relocating the world’s geniuses and their families to this rustic town for years where innovation and chaos have lived hand in hand. U.S. Marshal Jack Carter (Colin Ferguson) stumbles upon this odd town after wrecking his car and becoming stranded there. When the denizens of the town unleash an unknown scientific creation, Carter jumps in to try to restore order and consequently learns of one of the country’s best kept secrets.