5 Nerdy Places I Want To Travel To [5 Fandom Friday] 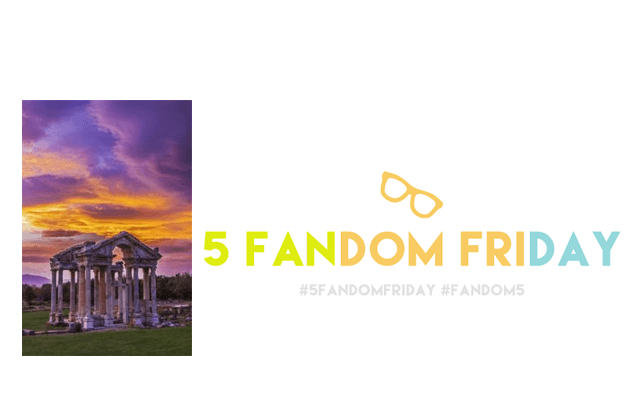 I have to admit; this week’s prompt had me a little stumped and it took me a while to think it through. For me, nerdy locations are a mixture of fandom related and cultural related. I’m not one for going to visit a location where my favourite movie was filmed, for example. So here is my top 5 nerdy places I’d like to visit! If you’re curious, I have a whole pinterest board dedicated to places I’d like to visit and another listing places I’ve already visited.

As a Pagan my patron goddess is Aphrodite, and so for me to visit a temple dedicated to her would be amazing. Honestly, I’m not sure how to even explain how it feels. I’ve had the fortunate to visit one temple before and it just felt so surreal. I’m also an art history graduate so I have an interest in the architecture and history too!

The Musée d’Orsay is a gallery dedicated to Impressionist art, a school of art that was disliked and mocked when it was first created. This was the first gallery to show Impressionist pieces, which in itself is a historical moment. Impressionism is one of my favourite schools of art, as well as being one that I enjoyed studying for my degree so a trip to the Musée d’Orsay is very high on my list!

These caves are one of the few places where you can see centuries old art that has been excellently preserved. It’s a natural treasure that contains the work of generations of people and it’s just phenomenal.

I’ve never been to either, and would love to go to both. I’d especially love to go to a Star Wars weekend! They’ve only just started having those in Europe, so until recently I’d have to go to the US version. I’ve been to Disneyland Paris twice, but it isn’t as big and doesn’t have Universal Studios and so on.

We’re both Potter fans so we’d both get a kick out of going there and being able to walk down Diagon Alley and generally geek out!

Do you have any particular nerdy places you want to go? Do you find that you want to visit places where shows and films were filmed?