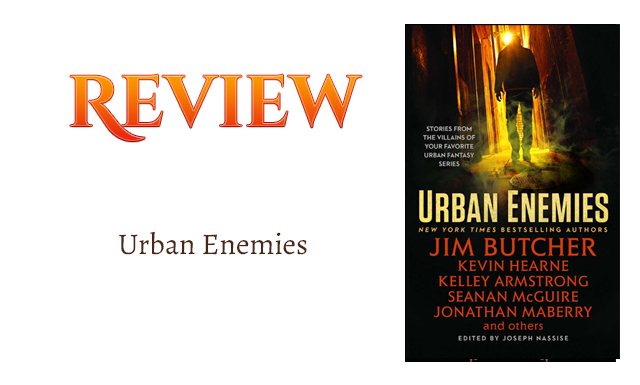 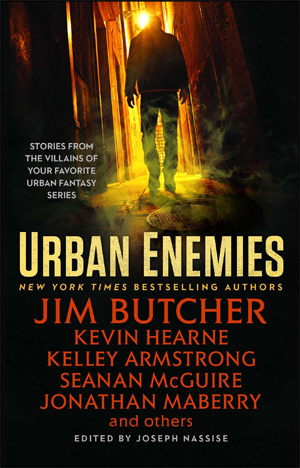 Urban Enemies caught my attention because it offers that offers an alternative point of view; the antagonist, the dark side, the people who do go bump in the night. As with any great story, those characters aren’t as black and white as they seem, and these glimpses into their world and their psyches are wonderful. As a fan of the Dresden Files, Cainsville Series and Iron Druid Chronicles, I adored those stories and fans will not be disappointed by them. Kevin Hearne’s story from the Iron Druid universe is an absolute hoot regardless of whether you’re familiar with the series or not, as it includes some rather familiar faces from mythology that everyone will recognise.

There’s always at least one or two stories that never quite resonate with me in an anthology, and this was the case with Urban Enemies. However, despite those few, I found the anthology to be a brilliant read which I highly recommended. It is surprisingly varied in topic, despite being all about the bad guys and their plans for world domination (or whatever diabolical plans they get up to). I personally didn’t find it too difficult to keep up with universes I wasn’t already familiar with, and I think this alternative perspective may have even helped me consider reading some of the ones I’d previously overlooked.

Urban Enemies is also available to read on Scribd!