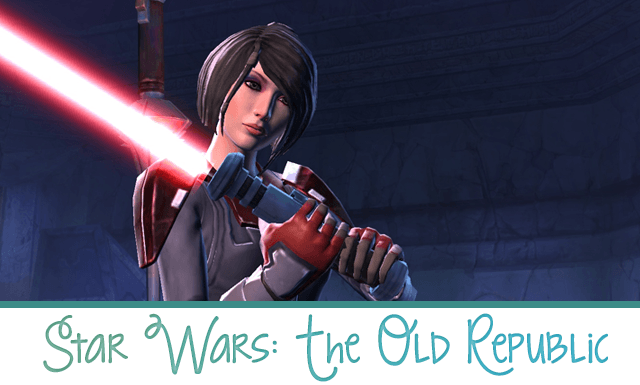 I’ve been a Star Wars fan since childhood and have kept up with the Expanded Universe novels since discovering them at the age of 13. It is my number one love and fandom, so it isn’t surprising that I love this game. For me, it is a mixture of World of Warcraft and Knights of the Old Republic 1 & 2. I did try Star Wars Galaxies for a time but found it far too confusing to play which broke my heart. So as soon as I heard about a new Star Wars MMO I was absolutely thrilled. I started playing Star Wars the Old Republic in the beta and have been playing it on and off over the years ever since!

Below is a list of my Republic characters in Star Wars: The Old Republic.

Below is a list of my Imperial characters in Star Wars: The Old Republic.