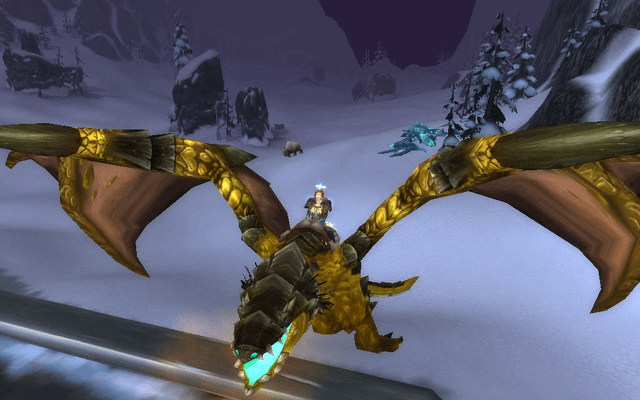 A friend did a World of Warcraft Cataclysm Bucket List not long ago which I thought was a brilliant idea. So here’s my list of things I want to accomplish before Mists of Pandaria is released.

I have nine alts, my tenth character spot taken up by my bank character. Despite having so many alts I absolutely suck at levelling them all to max level and I’m especially bad at actually gearing them. So among other alt related goals, the first one is to get them all to 85. At the moment I have my Death Knight Frostya and Shaman Thistalee at level 82, my Warlock Roisin at 69, then my hunter Arasse at 40 and finally my little warrior Tempstia at level 9. I’ve recently been actively levelling Thistalee with Chris’ mage and levelling Arasse on my own as I need to get her to level 50 before I can level her engineering some more.

I really need to get my finger out and get them geared in tier from valour points before MoP.

I’m not bad with professions and most of them are maxed. There’s an achievement in MoP to have all of them maxed so this has made the bucket list. Been working one some of these recently and I feel confident that I’ll be on track before MoP comes out.

I still haven’t completed the Glory of the Cataclysm Hero achievement so I need to try and get a group of friends together to do them. I don’t think it’s a wise idea to try in a pug.

I have archaeology on two characters my main Kaelea and my druid Aleassa because she’s an alchemist and I’m trying to get the Vial of the Sands recipe. I have done most of the achievements and have most of the items on Kaelea, however, there are some that refuse to appear and I have been slacking on Northrend and Outland ones. I want to have everything on Kaelea before MoP because there will be even more to get when that comes out. Aleassa I’ll be satisfied just getting Vial of the Sands 🙂

Again, something I have been working on and I’ve just had really bad luck with; the Dalaran rat and the turtle fishing mount. I also need to go to Ogrimar to fish up the fish there for the achievement; this one I’ve just been slacking on 😛

I’ve been doing Darkmoon Fair dailies religiously every month to get tickets for the mounts and pets, so far I’ve got one mount. I have the 150 pet achievement thanks to my awesome Secret Santa guildie Sara who got them for my gift! So I’m aiming for the other mount and then I’ll go for the pets. Tol Barad I go through phases of doing, I was doing it every day for a while and then decided to farm the fox pet. That took ages and I’ve not been back since 😛 I’ll have to get back to doing them soon as I still need a mount and a pet.

I love the ability to transmog into old Tiers so Chris and I have been running old raids for gear. We’ve b0th completed Tier 5 and are on our way to having other sets too. Kaelea is my priority with my druid next. I will probably end up with at least one Tier set per character to transmog into but only those two will have multiple sets. I also really want the mounts from Magisters Terrace (yes, I still haven’t got it, Kael is reusing to drop it!), the one from Karazhan and the one from Sethek Halls. I’ve had terrible luck with the bags for signing up as a healer; when I actually get one it’s always got crappy gems in it. Chris and I would also both like Baron Rivendare’s mount but considering everything else we’ve been doing that is on the back burner.