Geek on the High Street 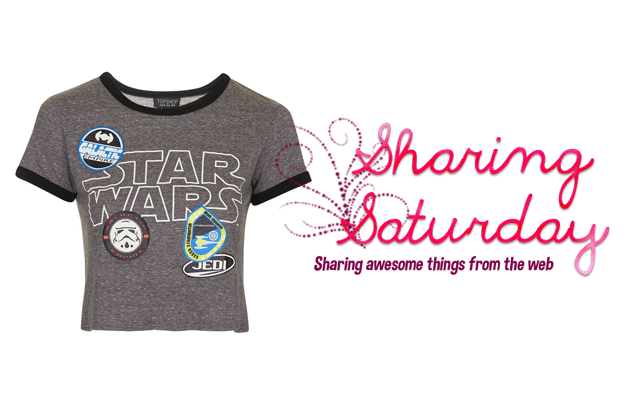 Ok, so technically it’s Sunday (and quite late on a Sunday at that). This week has been tough, and I had to skip last weeks SS so I refused to skip a second one.

Geek on the High Street is an idea I had last year and considered creating a blog around, instead it will make a regular appearance as a Sharing Saturday. I had hoped to go out and actually browse shops, but sadly health hasn’t allowed for that so I’ve had to look online. The aim of Geek on the High Street is to find and highlight geeky products that can be found in normal high street stores. I’ll be mainly focusing on women’s fashion since mostly women read my blog, but if anyone is interested in a male version please let me know in the comments!

New look had a few things, but primarily there were lots and lots of unicorns. Either unicorns are ‘in’ at the moment or someone at New Look reaaallly likes them. Here’s a few of my faves along with some Minnie and Snoopy tops I found. All of these can be found on the New Look website.

I’m not a massive Top Shop fan, I honestly avoid it like the plague because I’ve always found its products are the total opposite of geekyness. However, it turned out to be a virtual gold mine of geeky stuff. There’s a tonne more Micky and Minnie stuff on there (the mouses are very in right now it seems) but I absolutely love the troll top 😀

As you can see the Disney Mouses trend continues in Uniqlo, although they did have several other Disney t-shirts such as the Alice and Wonderland and Snow White tops featured here. There were also a couple of Hello Kitty ones as well, so this is definitely one to watch to see what else they come up with

.Then there were a few notable items from these shops. Blondie T-shirt from Miss Selfridge, Minnie socks from Next (they had a few other cute Disney and animation pairs too!) and David Bowie jumper from River Island.

I hope you enjoyed this first edition of Geek on the High Street 🙂 Let me know what you think of these products in the comments!