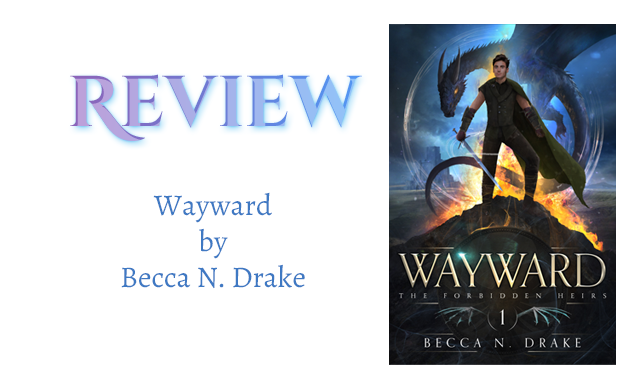 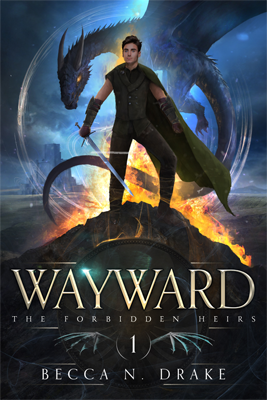 Category: Mini-Book Reviews
Author: Becca N. Drake
Genres: Fantasy, Dragons, Magic, Young Adult
Series: The Forbidden Heirs
Series Number: 1
Page Count: 504
Publisher: Dizzy Wizard Publishing LLC
A powerful Enchantress gone astray, drawn to dark, wicked magicks; a faithful Wizard sworn to uphold both the Enchantress and the kingdom she seeks to destroy; the High Kings fading into ruin. After the first Enchantress’s demise, the peoples of Caeradin determined that no such creature could be allowed to rise to power again. The surviving nobles devised a solution—the Witch Hunt. Seven centuries later, Master Rhys Claytherdon decides it is time the most prestigious household in Caeradin makes a few changes. Soon to inherit his father’s realm as Lord of Gildio and Master of the Hunt, Rhys is determined to see the Witch Hunt ended. All that stands in his way is his tutor and household advisor, Lord Mage Vespar—renowned as the greatest mage in Caeradin. Rhys makes his ultimate choice by rescuing a six-year-old witch from her inevitable death sentence, and must face the consequences. What he can’t imagine is how this child, granted with tremendous magical gifts, could prove to be the salvation or ruin of all of Caeradin.

Trigger warnings: There are some scenes involving violence against women and in one scene a woman loses control of her mental faculties as a result of something that happens to her. The level of violence is not extreme or gory but as always I like people to be prepared before going into any content that may trigger them.

Wayward is the debut novel by Becca N. Drake and follows the journey of a young man as he is about to come of age and inherit a legacy drenched in the blood of innocent women. Rhys is the heir of Claytherdon and at 18 he will take over the duties of Lord of the Hunt from his mother and hunt down any woman who shows even a tiny spark of magic. Long ago the Enchantress brought ruin to the land, swaying men with her dark magic as she tried to destroy the land of Caeradin. Seven centuries later and it’s still believed that witches, women with magic, are tainted by the Enchantress, while men are trained as mages. To Rhys, who has also witnessed the darkness in some mages first-hand, the logic that female magic could still be tainted after so long makes no sense at all – especially when no one will even try to prove otherwise. But as Lord of the Hunt he has the power to change all that and he’s determined to stop the Hunts for good.

When Rhys comes across a six-year-old girl fated to be sent to her death he makes a decision that will change everything. Fate – and magic itself – have more in store for him and the girl he saves than Rhys could have ever imagined. There are events beginning to take shape that were long ago put in motion and he is smack in the middle of them. Along the way, he’ll learn more about himself, meet new people and realise that there is more to his future than being Lord of the Hunt.

An enchanting fantasy novel Wayward is filled with three-dimensional characters that are never what they appear to be; even the bad guys have multiple layers to them. That doesn’t mean it’s an overly complicated novel, it’s just superbly written. The characters and their stories are woven together with such ease and skill that you forget that this is Becca’s debut novel. I really enjoyed everything about this novel, and I think what really impressed me is that nothing went as I expected it to. Every time I thought I’d figured something out Becca was five steps ahead of me and had already worked out what I, the reader, was thinking and her plot would go off completely in another direction. There’s nothing worse for me than a novel that is predictable and it makes a book so much more interesting when the story goes against my expectations.

This is a novel that has all the great elements of a fantasy saga; journeys, camaraderie, light, darkness, magic, hope and loss. It’s the first book of The Forbidden Heir series, which does mean it ends on a cliffhanger (that may be the only thing I dislike about the book :P, although in fairness it’s not the harshest one I’ve ever read) and I can’t wait to read the next book to see where this story leads. If you’re looking for a new fantasy series then this one gets my vote!

You can pre-order Wayward right now and it’s due to be published on the 1st July 2021! I was provided with a free copy by the author in exchange for an honest review.

If you’ve been enjoying my book review content please consider helping to support my blog. You can do this in multiple ways (click here to find out how!) or by donating via Ko-Fi. By buying me a ‘coffee’ you’re helping me buy more books to review, including brand new releases 🙂

If you want your Ko-Fi donation to go directly to my book review fund rather than my current Ko-Fi goal (whatever it is at the time) just comment with ‘for books’ and it will go towards books for reviews. In the next few months, I’m hoping to offer a more hands-on system so readers know exactly where their donations will be going – so stay tuned 😉