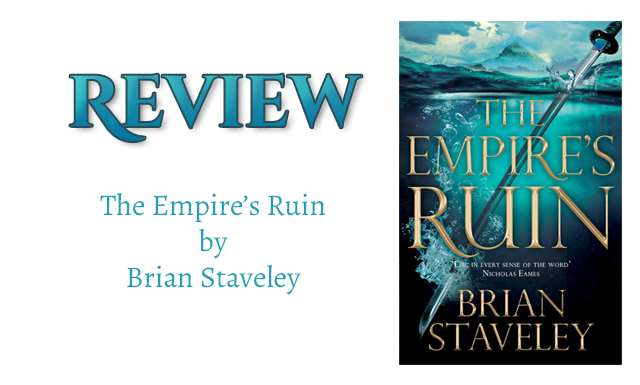 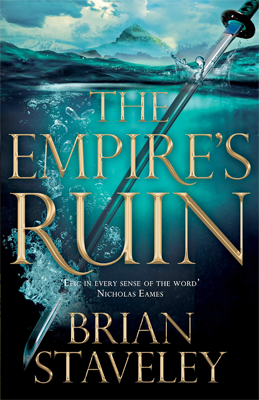 Category: Book Reviews
Author: Brian Staveley
Genre: Epic Fantasy
Series: Ashes of the Unhewn Throne, Chronicle of the Unhewn Throne
Series Number: 1
Page Count: 752
Publisher: Pan MacMillan
The Kettral were the glory and despair of the Annurian Empire – elite soldiers who rode war hawks into battle. Now the Kettral’s numbers have dwindled and the great empire is dying. Its grip is further weakened by the failure of the kenta gates, which granted instantaneous access to its vast lands. To restore the Kettral, one of its soldiers is given a mission. Gwenna Sharpe must voyage beyond the edge of the known world, to the mythical nesting grounds of the giant war hawks. The journey will take her through a land that warps and poisons all living things. Yet if she succeeds, she could return a champion, rebuild the Kettral to their former numbers – and help save the empire. The gates are also essential to the empire’s survival, and a monk turned con-artist may hold the key to unlocking them. What they discover will change them and the Annurian Empire forever – if they survive. For deep within the southern reaches of the land, a malevolent force is stirring . . .

This book was provided for free by NetGalley in exchange for an honest review. Many thanks to NetGalley and Pan MacMillan for the opportunity to review The Empire’s Ruin.

I’m going to be completely honest; I requested a review copy of The Empire’s Ruin on a bit of a whim. I’m not familiar with Brian Staveley’s work and when an offer for the first book of his new series appeared in my inbox I figured it was a good chance to see what his books were like. I didn’t realise at the time – because nothing in the synopsis mentions this – is that it is set in the same universe as his previous series, Chronicle of the Unhewn Throne series. I have no idea going into this whether I need to have read the other series. This is book one of a series called “Ashes of the Unhewn Throne” which kind of suggests it comes after the first one. Unfortunately, I didn’t realise any of this until I started reading the book and it told me all this before I even got to the first page of the actual novel. Oh well, too late now!

It’s been a while since I read something by an established fantasy author rather than a debut author, so that was one of the things that attracted me to The Empire’s Ruin initially. Then I started reading the synopsis and several things stood out; giant war hawks, a mission to the edge of the world to save the day and… a monk turned con-artist?! I’m definitely intrigued by all of that especially the last one. How exactly does a monk of all people end up becoming a con artist? Monks can mean different things depending on the fantasy universe but they’re usually not the type to go down that route, so that’s a story I want to hear.

Straight off the bat, I was surprised to see so much cursing in such quick succession. I’m not against cursing, and I personally curse a lot, but I didn’t expect it within the first few pages of the book. I think what bothered me most about it was that it was unnecessary and completely unimaginative. By unnecessary I mean every sentence did not require ‘f**king’ from the main character Gwenna, and that was the only swear word she seemed to know. Genuine cursing has variety, it’s not just the f-word, it’s s**t, crap, bloody, bugger, bollocks and so on. But for several pages right at the start of the book all I got was effing this and effing that, and it really wasn’t making me take a shine to the book. There was still cursing throughout the rest of the book, but it was down to a normal level which felt natural even when it was exaggerated.

As I got deeper into The Empire’s Ruin it split into three separate narratives and I found it really difficult to see how they had any relevance to each other at first. It took quite a while before two of them began to connect and it was two-thirds of the book before the third one connected. One narrative follows Gwenna Sharpe as she sets off on the voyage beyond the edge of the known world described in the synopsis. The second narrative follows two priests of love, and the third is about the monk turned con-artist also mentioned in the synopsis. Staveley’s writing style is very slow and it was too slow for me. This is a hefty book and 752 pages of slowly plodding on is not my idea of a fun read. There was action at times, but as you can see from the trigger warnings this is a very graphic novel and again, not my type of book.

By the end of the book, I was a little interested in the story and a few characters, but not nearly enough to pick up the next book. I just couldn’t get into this one and it wasn’t because I was coming into a universe at book 5, it was because it just did not grab me in any way. I felt that we were constantly reminded that Gwenna could only do all the things she was able to do, as a woman, because she was Kettral (and thus had extraordinary abilities) rather than her actually being a skilled fighter and demolitions expert. Her entire background as a legendary fighter and a hero seemed to only hinge on her being a Kettral and every time she did something epic the attitude was “well yes, she’s Kettral”. At the same time, there was this consistent insistence from everyone (including Gwenna herself) that she was not in fact Kettral anymore since she had been demoted. It got a little tiresome.

There was also the constant overhanging threat of rape. While it was primarily directed at female characters although it was directed at male characters occasionally, and at one point a male and female character had to defend themselves from rapists. You don’t need to tell me sexual assault happens; I’m a woman, I’ve been sexually assaulted and harassed, and I know too many people who have been as well. It’s a reality that women can’t avoid, but I don’t want to be bombarded with it in books I choose to read as well.

I keep seeing this book described as “epic” and I guess in terms of genre, it fits the bill of epic fantasy. The Empire’s Ruin is more Tolkien style fantasy (albeit with an R rating) and as such, it’s just not my kind of read. It certainly has some decent qualities and an interesting plot, it just didn’t click with me personally.

After teaching literature, philosophy, history, and religion for more than a decade, Brian began writing epic fantasy. His books have won multiple awards and been translated into a dozen languages worldwide. His forthcoming novel, The Empire’s Ruin, begins a new trilogy set in the same world of the crumbling Annurian Empire.
Brian lives on a steep dirt road in the mountains of southern Vermont, where he divides his time between fathering, writing, splitting wood, falling off his mountain bike, and chasing the bear away from the trash, not necessarily in that order.

You can find out more about his work over at his website. You can browse his books on Goodreads. Or connect with him on social media; he’s on Twitter!

Interested in more books by Brian Staveley? Check out a selection of titles in my store.

Thanks for taking the time to check out my book review for The Empire’s Ruin by Brian Staveley.

Have you read any books by Brian Staveley? If so what were your thoughts on them?
I’d love to hear from you!

The Chronicles of the Unhewn Throne series by Brian Staveley is available on audiobook on Scribd the world’s original online reading subscription service. You can sign up using my referral code and get 2 months of free reading right now!