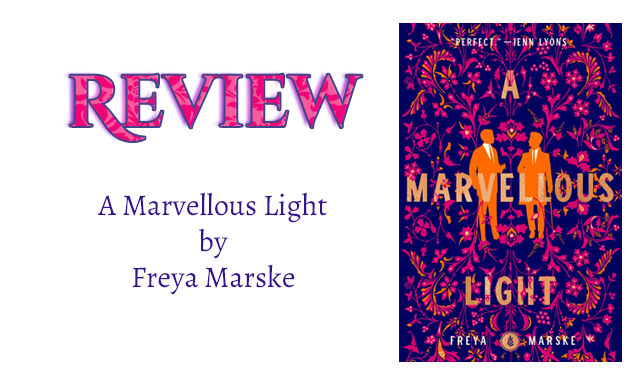 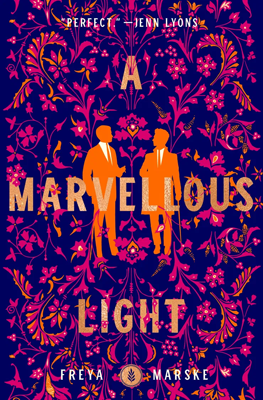 Category: Book Reviews
Author: Freya Marske
Genres: Magic, Edwardian, Fantasy, Historical Mystery, LGBTQ+, Slowburn
Series: The Last Binding
Series Number: 1
Page Count: 384
Publisher: Tor
Robin Blyth has more than enough bother in his life. He’s struggling to be a good older brother, a responsible employer, and the harried baronet of a seat gutted by his late parents’ excesses. When an administrative mistake sees him named the civil service liaison to a hidden magical society, he discovers what’s been operating beneath the unextraordinary reality he’s always known. Now Robin must contend with the beauty and danger of magic, an excruciating deadly curse, and the alarming visions of the future that come with it—not to mention Edwin Courcey, his cold and prickly counterpart in the magical bureaucracy, who clearly wishes Robin were anyone and anywhere else. Robin’s predecessor has disappeared, and the mystery of what happened to him reveals unsettling truths about the very oldest stories they’ve been told about the land they live on and what binds it. Thrown together and facing unexpected dangers, Robin and Edwin discover a plot that threatens every magician in the British Isles—and a secret that more than one person has already died to keep.

I kept hearing great things about A Marvellous Light, however, I wasn’t quite sure if it was going to be my kind of book. I’ve heard it described as “Downtown Abbey with magic”, and I’ve been interested in Downtown Abbey, but magic? Magic I love. I had to find out for myself what all the fuss was about…

This book was provided for free by NetGalley and the publishers in exchange for an honest review. Many thanks to NetGalley, Black Crow PR and Tor for the opportunity to read this book.

There are scenes of torture, bullying, and references to childhood abuse (physical and emotional) and sexism. Due to the era of the novel, there are a lot of bigoted attitudes towards women, race, class and homosexuality.

I fell in love with A Marvellous Light within the first scene, when it became apparent extremely quickly that Marske was not messing around when it came to magic. I was a little concerned that this was going to be a novel all about society and manners with either a slight nod to magic or, as my regular reviewers know I dislike by now, magical realism rather than actual fantasy. I am happy to say that A Marvellous Light  is neither of those things.

The reader is thrown head first into a magical mystery, a conspiracy no less, that sees our two protagonists stuck with each other. Robin Blyth is a new baronet, his life recently turned upside down, and he’s struggling to deal with a lot of things. When he’s given a job in the Home Office as a special liaison for the Minister without no details whatsoever about the job, he’s confused. The confusion grows even more when someone barges into his office expecting his predecessor. Edwin Courcey is ready to demand where the hell Reggie has been for the last fortnight and give him what for, he’s not expecting someone else to be in his office, and he’s not expecting it to be Reggie’s clueless replacement who has been given the job by accident. Not only is he saddled with a baronet, he’s got one who has no idea that magic exists, and that’s a huge problem.

Set in Edwardian London, the slow burn romance of A Marvellous Light is one that will captivate and frustrate as you follow the progression of the Robin and Edwin’s relationship. Frosty to begin with, they feel each other out carefully as members of society who have been thrust together as colleagues from completely different backgrounds. It’s not long before they find that sometimes none of that matters, and it’s revealed that they have more in common with each other than they could ever dream. The country is still reeling from Oscar Wilde’s trial less than twenty years ago, where he was found guilty of 25 counts of gross indecency, in other words, of being homosexual. Both men, despite being gay, are acutely aware that no man is above suspicion or the law, and despite their growing interest in one another cannot even show an interest in the other.

It is beautiful to watch as their relationship grows and while the book gets very steamy, this is not a book based on fluff. They’re just the icing on a very decadent cake. Marske’s world building is brilliant, with a magic system that is so uniquely British that it fits perfectly with an Edwardian setting. Add in the high society parties and I can see why people are referring to it as “Downtown Abbey with magic”. Personally, I get more of an Edwardian high society meets magic with a dash of Sherlock Holmes feel from it myself. There’s an ongoing mystery that Robin and Edwin are trying to uncover, and there are some fabulous scenes involving Robin’s secretary Miss Adelaide Harita Morrissey (Addy) and her sister Mrs Kitty Kaur. These two ladies are absolutely brilliant, and together they deliver one of my favourite tongue-in-cheek lines about “feeble women”. I hope we see more of the sisters in the next novel and honestly, a spin-off story or even a series would not go amiss.

One of the best things about A Marvellous Lightwas that it doesn’t pull its punches when it comes to how awful family can be. There’s this very old-fashioned belief that people are supposed to just put up with their family, no matter what they do or how they treat them. That was even more true during the Edwardian time, and it was nice to see a book where relatives that were bullies weren’t just accepted or tolerated, especially because it was historical period.

I’m never a big fan of comparing books to other books, but I’m aware that’s how publishers promote things (at least at the moment). The problem is that sometimes it can be quite off-putting when they compare it to things you either haven’t seen/read or have tried and really didn’t get on with.  So let me tell you why you should read A Marvellous Light without any comparisons. There are loads to unpack, yet there’s not too much happening that you’ll feel too overwhelmed or lost in a sea of characters and places. It’s fantastically British and has a nice selection of characters with different personalities and more importantly; motives. This is high society and everyone is up to something, everyone has a reason for doing, saying and even wearing that particular hat at that particular party. It is superficial, it is ridiculous, and in the middle of it all you have two men who just want to solve a mystery.

Artists and art history grads like myself will love Marske’s attention to detail when it comes to the art and architecture of the time, and when she turns her wonderful to describing the decadent rooms decorated with William Morris, you feel as though you’re right there in the room. You can see the colours and patterns, you can feel the textures beneath your fingers. The same goes for everything from the magic to the emotions in A Marvellous Light; you feel it, you don’t just read it. That’s why you should give it a read, even if you’re not sure if it’s your kind of book. I wasn’t, and it’s one of my top reads of 2021.

Freya Marske lives in Australia, where she is yet to be killed by any form of wildlife. She writes stories full of magic, blood, and as much kissing as she can get away with, and she co-hosts the Hugo Award nominated podcast Be the Serpent. Her hobbies include figure skating and discovering new art galleries, and she is on a quest to try all the gin in the world. Her debut novel, the queer historical fantasy A MARVELLOUS LIGHT, is forthcoming from Tor.Com Publishing in 2021.

You can find out more about her work over at her website. You can browse her books on Goodreads. Or connect with her on social media; she’s on Twitter and Instagram!

Thank you for reading my review for A Marvellous Lightby Freya Marske! It comes out today and is available to buy from the book links in this post.

Have you heard of A Marvellous Light before this review? What are your thoughts about it? Let me know in the comments 🙂