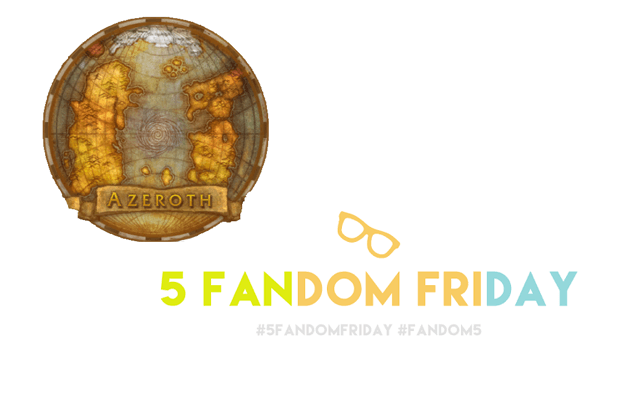 This weeks prompt was a suggestion by me, and I’m very honoured to have it chosen and of course, I had to do this one! When I suggested it I remember being really excited for it, with loads of ideas… the problem is that I still had TOO many ideas. I could do a top 5 planets list of for several individual planets alone! So I whittled it down to one per fandom, with one exception 😉 Enjoy!

Picking just one Star Wars planet was difficult. There’s also Naboo, Nal Shada, Alderaan and Korriban that were high on the list. In the end I went with Coruscant, the capital city of the Star Wars universe and centre of the Galaxy. Unlike most planets it is extremely built up, with layers upon layers of buildings and some inhabitants never ever see the sky. Aesthetically it’s not very pleasing to me, but there’s so much culture and tradition there that makes it my first choice. ((Image credit – Star Wars Wiki))

Azeroth is probably the planet that I have spent most of my time on (virtually) other than Earth. It’s the main planet in the World of Warcraft universe and with two continents and various islands, it has so much to offer in terms of nature, culture, technology and magic. From the gorgeous scenery, to the ancient cultures and architecture and not to mention magic and fantastical creatures! I could quite happily spend a life time immersing myself in this planet and all it has to offer. ((Image Source – My Screenshot Gallery))

This is the fandom double up entry for the week. Sorry, it was just too damn irresistible not to have on the list. Argus is the original planet of the Draenei who were forced to abandon it to the Burning Legion. We are finally getting to visit it in patch 7.5 and I can’t wait! While in previous World of Warcraft expansions I’ve loved exploring new parts of the current world, or those now available to players. However, Legion has definitely been one for going that bit further a field and it’s great! ((Image Source – WoW Wiki))

Avatar is not even close to being one of my main fandoms, but oh my goodness – THAT planet. I fell in love with Pandora, it’s beauty, it’s culture and spirituality. While I didn’t mind the story of the film, it was the world itself and the wonderful creatures and design that captured my heart. ((Image Source – Avatar Wiki))

The problem with a fandom that spans the whole of time and space is that most planets get a bit lost in the vastness of the universe. I cannot, off the top of my head, name a single other planet for the Doctor Who/Torchwood universe other than Galifrey. Galifrey would have been my ultimate answer anyway because it’s mother fricking Galifrey, home of the time lords and it’s back! I could name plenty of species/races from the show, but planets? Not a clue. I could probably name more time periods than anything else 😛 Why Galifrey? Well, duh. It’s home of the time lords. ((Image Credit – TARDIS Core Data Wiki))

What do you think of my planet list? Do you find that there’s loads for you to choose from or are you not a huge sci fi fan? I only have a few fandoms that are predominantly sci fi and even less that have planets. What’s on your list?