Geeking by in January 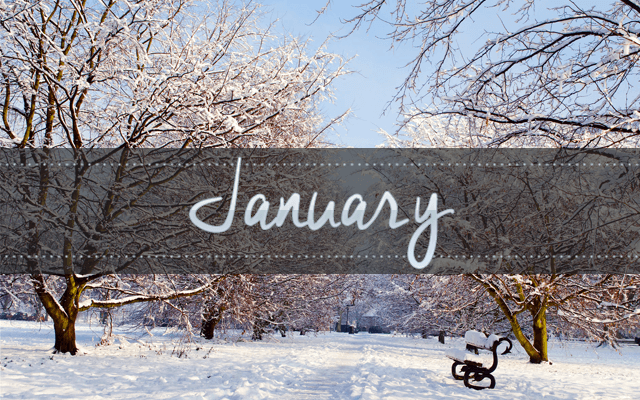 My life very rarely goes according to plan (this January especially), and the past year has been a lesson in accepting that. In doing so I realised that I’d completely shied away from posting personal blog posts, hiding what was happening in my life and especially anything related to my health. I’d comment about it, usually to apologise for a late post, and that would be it. That doesn’t jive with the whole point of this blog, nor with my way of living and I realised that I’ve fallen into a pattern of shame and anxiety about what other people think. In trying to cultivate an image of myself as professional and reliable, I’ve forgotten an important fact; I can be those things and be disabled. My disabilities are a part of me and will always impact my life. I’ve grown too comfortable with the idea of hiding my disabilities in fear of what future employers will say, and the thing about ME/CFS is that I cannot hide it. All my other conditions I can work around (don’t stand for too long, sit down, medication, supports etc.) but this one? It can’t be hidden, it refuses to be hidden and it has taken complete control of my life even to the point I’m censoring my own blog. No more.

Every month I’m going to be doing one of these ‘Geeking by in….’ posts to sum up the month before. Sometimes it will be very health oriented, a place where I can be frank and honest about my healing journey. Other times it might be more geeky, detailing what I’ve been watching, reading and playing. There’s no expectations, no limit, just me talking once a month. ((Image credit: Public Domain Pictures. Brushes by morfachas.))

I am not a fan of snow. I hate it. It’s beautiful and serene to look at, especially up here in Scotland, but going out in it? It’s hell. Going out in it when you’re really really ill? It’s a definite FML moment. I avoided most of the weather because I was too sick to even leave the house at one point. I spent a week and a half curled up in bed, and sadly not even my own bed. My fiance was sick as well and suffers from insomnia at the best of times, and so me coughing up a lung or two and waking up every 2 hours was not conductive to his sleep at all. Neither of us liked being a part, and it was a mutual decision. As much as I’d joke about him kicking me out of bed, it was a logistical choice for both of us. We have never really slept apart since we started living together 10 years ago, with the exception of December 2016 when he was in hospital for a few days (which was literal HELL for me). It didn’t help that I ended up with Milo, one of our cats, as a room-mate. Well, technically I did move into his room so I should be glad he tolerated me at all! He seemed to understand just how sick I was and quickly slipped into nurse mode. If I was too sick for him to sleep with me he’d sleep in his radiator bed at the end of my bed and keep an eye on me.

I guess I should say what was actually wrong. Our family seemed to get this monster virus which has since been dubbed ‘the plague’. It seriously knocked us all on our asses, even the healthy ones were down for a few days. Chris’ cousin got it first, then his mum and then us and it seemed to have a horrible habit of coming along with an infection. So you weren’t just sick with the virus, you had something else on top. Both me and my mother-in-law had infections and Chris seemed to get full on flu with an almost dangerously high fever. For me the virus hit my throat and voice box, while the infection developed in my chest. I was in so much pain I couldn’t swallow my meds at one point. I’d already had an emergency doctors appointment on the Friday and was told ‘it’s a virus’ and told to gargle stuff, and by the Monday I was in excruciating pain and couldn’t speak. It was terrifying. I’ve had sore throats a million times as a child, lost my voice a few times but this really messed with my head. I was in so much pain, I was literally living for the next dose of pain meds. Due to the chest infection my body was determined to purge my body of what was filling my lungs… and of course my throat couldn’t comply at all.

It took two courses of antibiotics and I’m not even sure it’s fully gone now. The virus has thankfully buggered off to whatever evil place it appeared from. There’s been a few twinges from my throat, but no golf ball sized glands or trouble swallowing/speaking. I’m not bring any mucus up, no blood (it was tiny amounts but still scary), but my chest feels tight and like a sponge that’s getting heavier. I’m needing to take my blue asthma inhaler more than usual, and right now I’m just keeping an eye on it. My doctor said to call if there was no change and she’d arrange an x-ray, however, there has been change just not what I’d call a full recovery. I’m going to see how I am over the weekend and maybe put a call in next week.

When I’m sick I do two things; I read and if I’m too sick to do that I binge watch tv and films. I was way beyond the level of consciousness needed to read so tv it was! I started with Private Eyes, a Canadian detective drama and then headed onto Marvels Inhumans. Then I ended up watching an episode of Lucifer with Chris and it totally re-sparked my desire to watch it – to be honest, I don’t know why I hadn’t finished catching up with it, just for some reason I kept forgetting. Which is odd because I loved what I’d watched previous! So I binged watched the rest of season 1, then 2 and everything I could of season 3 until I got to the midseason cliffhanger. I then turned my attention to one of the shows I wanted to watch badly last year and didn’t quite get to; Lethal Weapon. I was a little unsure about it which is probably why it took me so long to try it. I’m a big fan of the movies and was very relieved to find that the tv show is spot on!

Over the holidays Chris and I had a talk about MMOs we wanted to play and catch up on, and made a pact; we’d (well, me, I have a tendency to get bored and wander off to a new one…) stick it out and play through each game in turn. So while down in London we started to play Neverwinter, the Dungeon & Dragons MMO. We’d played it a bit before but never really seriously. Chris was eager to give it ago since he has gotten into D&D with his friends and me, well, I’m up for anything that has a story. A few days ago we hit 70, the max level, and we’re now working our way through the campaigns. The plan is to try to finish them all before we move onto the next game, but some of them are sooo long so we shall see. We’re going to see how far we’ve got at the end of February and re-evaluate that plan.

Otherwise I’ve been playing Starbound and World of Warcraft on my own. I finally got into Starbound and spent many hours over the holidays smashing my head against the wall in frustration. Being ill curtailed my playing a bit, and I’ve headed back into WoW more as a default. For Christmas I got a portable hard-drive so I could transfer a mass of files off my pc and make room for more games. The problem was I could only have so many installed and so I couldn’t just go ‘ooo I fancy a bit of Fable, let’s pop in and play around’. WoW is my go to game, especially when I’m feeling really ill and can’t focus so I naturally turned back to it when I was well enough to crawl out of bed again. I’ve been finishing leveling my alts and all are now 110 (small exception of my second paladin, but she’s an extra) so I’ve just got the Shaman, Warrior and Rogue order hall campaigns to finish off now.

Allied races have just been released and while I’m excited, I’m not quite ready to go on a full levelling slog with them yet. Chris is currently not playing WoW so right now we’ve chosen to focus on Neverwinter and leave the allied races be. We’ve got until September or so before the expansion comes out so there’s no rush, and to be honest, if we rush it we’ll just be left twiddling our thumbs before the expansion. I have plenty to keep me busy in WoW and it’s better I play catch up than start even more characters.

I’ll be talking more about my word of the year in a later post, but planning and structuring my life is a big part of it and also the best way for me to get a handle on my fatigue. I like to keep my personal bullet journal clean so for the past year I was using an additional notebook in which I created a rough weekly spread. Then while browsing amazon I came across these handy things called weekly planners (like this one) which are already drawn out and even have a little bit extra for notes. I was beginning to get a bit lazy with my weekly spreads because it took me time to draw them out – even as rough as they are it still took energy that I wanted to spend else where – so I asked for one for Christmas. I got a lovely one from Busy B (this is the one I got) and it has been great!

I’d hoped to start my personal bullet journal again in January and of course, that went completely tits up thanks to the plague. I’m about a month behind where I wanted to be so for now it’s not a top priority, so hopefully by the end of the month I’ll be back to that. I picked up a second gaming journal because my first one is almost half full and it’s all WoW stuff so far! I clearly need a second one and I’m looking forward to starting that soon.

How was your January?