By: Heather T
In: Fandom Friday
With: 28 Comments 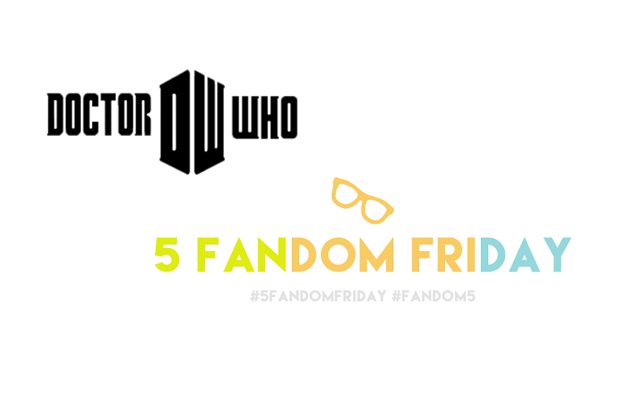 Top of the list has to be SG-1. My fiance and I had been eyeing this up for years before we both said ‘right, we need to watch this’. So several years after it had finished we started watching season 1 and went through every season over the next few years. We’ve still not watched the movies, and although we started Stargate Atlantis we never finished the first season. We will one day as we absolutely loved SG-1 and want to continue to explore the universe.

I’d been seeing adverts for this for a while before I finally got a chance to watch the first episode and OMG it was amazing. I fell in love with the diverse, charismatic characters and mixture of humour as these modern robin hoods put things right for victims. The schemes they pull off are ingenious at times and there are a range of familar faces (Mark Sheppard, Will Wheaton to name a few).

I started watching Warehouse 13 first, and then after seeing adverts for this I decided to give it a shot. This is probably one of the most craziest shows I have ever watched. It’s basically a town, called Eureka, that was founded by scientists and home to the biggest scientific geniuses. Yep, sounds like a great idea right? The main character is a poor police detective that ends up moving their with his teenage daughter and suddenly finds himself dealing with random cases, such as half a building has disappeared, or suddenly everything has started floating in mid air in an area. It’s science experiments gone mad, with loving characters, diabolical schemes and treachery thrown into the mix. If you only watch one episode watch their Christmas episode in which they get turned into dolls and cartoons by a wacky invention gone run. Best Christmas episode ever.

I am a crime show junkie, however, I don’t always watch them from the start. Criminal Minds was one of those shows I kept seeing every so often and eventually decided I needed to watch a few years ago. I think the current season at that point was something like 7 or 8, so I was way behind. I binged watched it and caught up to the current season airing in the UK at the time and have been an avid watcher ever since.

This is now one of my biggest fandoms, yet when the new series started I was very late to the party. I went to London Comic Con with an online friend and they were avid Whovians so we went to all the John Barrowman stuff. I fell in love with him, he was so down to earth and hilarious. So I started watching Torchwood first, and then moved onto Doctor Who a year or so later. I’ve not looked back since.