5 Fandoms I LOVE But Didn’t Think I Would! [5 Fandom Friday] 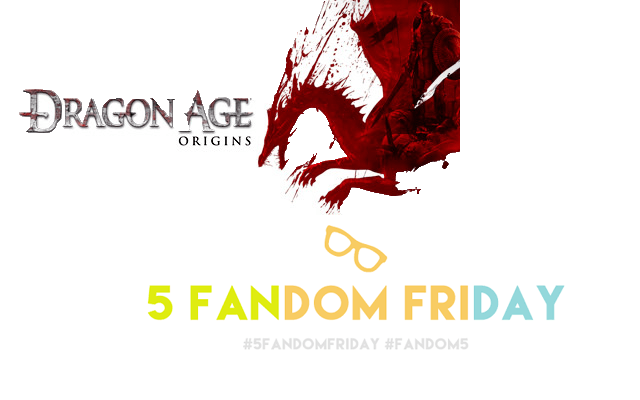 It has been a crazy week so a slightly later than planned Fandom 5 this week and I apologise that it’s also going to be a bit on the short side. I’m getting to the end of assignment deadlines so my brain is completely focused on library cataloguing, my placements and our group website project.

The hype that was Harry Potter came out when I was in Sixth Form College and everyone, and I mean everyone, was obsessed. When one of the new books came out people were going crazy if someone spoiled it for them. I was a bookworm back then, but the fact that everyone was so obsessed – even the ‘popular’ in crowd, made me avoid it like the plague for a long time. Gradually around 2006/2007 I caught a few of the movies on TV, and then when I met my fiancé I found out he was a Harry Potter fan and had the whole set of books. So when he moved to live with me, he bought them too and fell in love with them 😀

I remember watching the original Stargate movie with my dad when it was first released on video, and over the years I’d caught a few episodes of SG-1 and I have to be honest; I wasn’t that impressed. As I got older I heard massively good things about it, and after a quick chat with Chris we both decided it was something we’d been meaning to check out. We loved it 😀 We’re currently on the first season of Atlantis now. I’m not sure what put me off it when I was younger, maybe I just hadn’t matured to a stage where I could actually appreciate the show for what it was. I am, however, really glad we decided to watch it 🙂

I’d never seen any of the old Doctor Who (and still haven’t, I’m not a big fan of some things made in that era because the technology was crap, but that’s another story) and when the hype came about for the new one I was like… meh not really my thing. I then went to London Comic Con with an online friend who was a Whovian and so I accompanied her and her friend to John Barrowman’s talk. First of all, if you haven’t seen or met John Barrowman he is absolutely hilarious and down to earth. Seeing him, hearing about Torchwood (this was just before Torchwood started I believe) and Captain Jack… well of course I had to check it out. I started with Torchwood and then moved onto Doctor Who and been a Whovian ever since.

When I heard about the Vampire Diaries being made into a TV show I was so happy and also unhappy. I love LJSmiths books but out of all her novels, the Vampire Diaries was the one I really didn’t like. Way back when I was a part of the LJS fandom, everyone loooved TVD. So when it came out as a show I of course HAD to check it out, it was based on one of my favourite authors books, and I wasn’t all too sure if I liked it. In the end it turned out that this is one of the few times when the TV/Movie adaptation is much much better than the original novels. I’m really behind on it, simply because I’ve been on a crime binge for ages, but I still love the show and will catch up one day.

Until 2004 I wasn’t a gamer. I’d tried playing games when I was a kid, namely Sonic on my mega drive, and had played on my cousin’s various consoles. Being mocked for ‘button smashing’ I had grown up thinking I could never play video games, and honestly, even until earlier this year when I completed Half Life 2 for myself, I believed that there were games out there I still would never be able to play. Now? The world is my oyster! I’m never going to be a console girl, I just can’t play that way. But PC games? I love em. You can check out my game library and gaming habits on raptr!