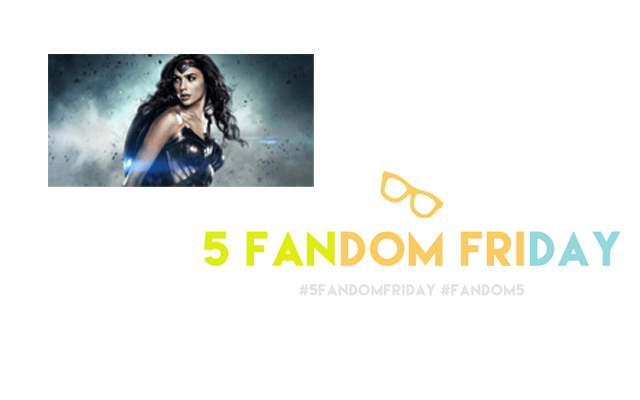 I really expected this to be a difficult prompt to choose, but there were only a few others that made the cut! There’s loads I’m interested in seeing, however, these 5 are the ones I am most excited for in 2017. In descending order, starting with #5 on my list…

I absolutely love the animated film, it is one of my favourite Disney films, so naturally I am both excited and worried about this adaptation. It has a fab cast, and I’m a huge fan of Emma Watson so I’m hoping it will be as awesome as it sounds. I’ve been avoiding all trailers and spoilers as I want to a clean experience with this one.

My first introduction to Justice League was in Smallville, and so I’m really curious to see how this one comes out. I am really happy with Henry Cavill’s Superman, Gal Gadot’s Wonder Woman and surprisingly, Ben Affleck’s Batman. I’ve not quite gotten around to many DC comic books, so most of what I know I’ve picked up or read around online. I’m generally just a big fan of comic book adaptations and team ups! The only thing I’m not looking forward to is the Flash. Sorry Ezra Miller, but Grant Gustin is my Barry Allen and I just can’t look at you and picture the character at all!

I grew up on the Spider-man animated cartoons of the 90s; when cartoon network came out in the UK it was on daily and I was constantly watching it (along with X-Men the animated series). I love spidy, and while I’ve enjoyed the previous movies, I ADORED Tom Holland’s version in Civil War. He was spot on, and I am so so excited to see what he can do in a full movie dedicated to his spidy!

I have never been a big Wonder Woman fan. Like I said, I’ve not read many DC comics so I really don’t know her that well. However, Batman vs. Superman seriously sparked my interest and I LOVED Gal Gadot’s portrayal of her. I cannot wait to see her in action!

Of course, it is my most anticipated film of 2017 and probably the last on this list to come out! I am desperate to know what is going on, to find out who exactly Rey is and where Luke has been. Not to mention learning more about his Jedi Temple and trainees, and what happened with Kylo Ren. I have so many questions and I get the feeling that I will get some answers, but not all of them.

Are any of these on your list? What are you looking forward to?