4 Fandom Spin Off Book Series You Need to Read 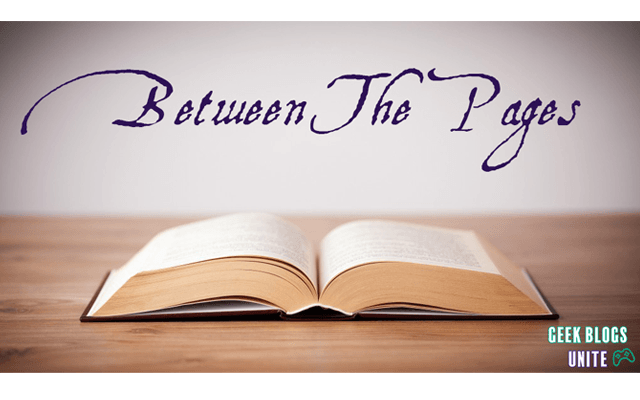 There’s no formal FF5 prompts this month so I’ll be filling in with a few old ones and some other topics. This week it’s time for another theme over at Geek Blogs Unite and this time it’s Between the Pages. After hearing about the new series of spin off novels for Buffy the Vampire Slayer by Kiersten White it got me thinking about spin off series for TV Shows, Video Games and Movies. If you’ve not heard about the new series, the protagonist is one of the Potential Slayers who was chosen in the final episode of the show. I’ve only read one of White’s books and thoroughly enjoyed it so I’m really curious to read this new series.

This post contains affiliate links. ((Images are from Goodreads.com))

I mostly read Buffy the Vampire Slayer spin off novels when I was in my teens, and while I don’t remember a lot of them, the one series that stuck in my head and remains a firm favourite is The Gatekeeper Trilogy by Christopher Golden. It was one of the first series in spin off novels, and the books were also a lot longer. That plus a fantastic and imaginative storyline makes them a great read!

Where do I even begin… I guess I should let you know that I’ve not yet read a spin off novel that I didn’t enjoy. Most of the novels fill in gaps in the lore (usually events leading up to the next game expansion), or tell the story of past events that aren’t in game. I started with the Warcraft Archive which is an anthology of short stories, and then moved onto the War of the Ancients Trilogy which remains one of my favourite series to date. If you’re a lore junkie I really recommend the new Warcraft Chronicle series. The second book was just released in Match 2017, and they both go into an incredible amount of detail. The first one focuses on the creation of the universe and Azeroth, and the War of the Ancients and the second one begins with the creation of Dreanor, the arrival of the Draenei and the rise of the Horde. It stops at the end of the Second War, suggesting that the next one will pick up with the events of Thrall’s early life and the Lich King.

I absolutely love the Doctor Who spin off novels as they really do capture the mood and characters of the show. I can clearly hear the actors voices in my head as I read their dialogue and the stories are imaginative, light hearted and fun. I like a lot of books that can be quite dark and series, and sometimes it is just nice to read something lighter. As the darker show, Torchwood novels are a little different and while I’ve only managed to read one so far, it was also a fab read.

Due to the canon restart there are in fact two lines of spin off novels for the Star Wars universe. The original Expanded Universe (EU) has been rebranded as ‘Legends‘ and even as a huge fan of it, I have to admit that some of the stories weren’t a high calibre. I hold a lot of the stories and character dear to my heart and always will, however, when you have such a large universe and so many different authors involved there’s going to be some bad apples. As a writer I understand why they rebooted the canon along with the new movies, and I was excited and terrified at the idea of new content. Like the original EU the new canon has its highs and lows. I’ve only read two new novels, and the first series is written by an author who’s writing is terrible. Maybe the second book is better, maybe not. I will eventually read it, but right now the comics have my full attention. Where the novels are lacking the comics have found in spades and I really recommend checking them out.

Have you checked out any of these spin off book series? Are there any you recommend or avoid?